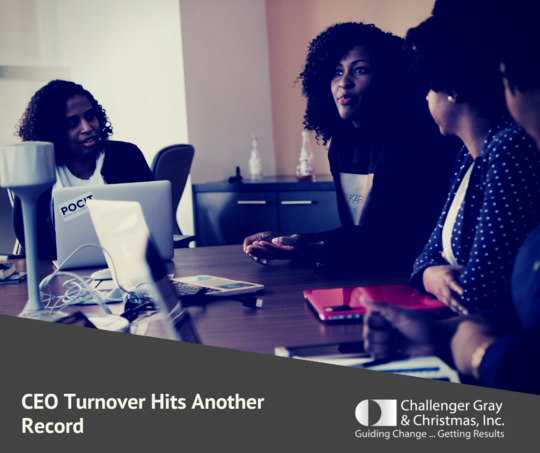 So far this year, 1,009 chief executives have left their posts, 15% more than the 879 CEOs who left the top spot at companies through August 2018. It is the highest total of CEO exits in the first eight months of a year since Challenger began tracking in 2002.