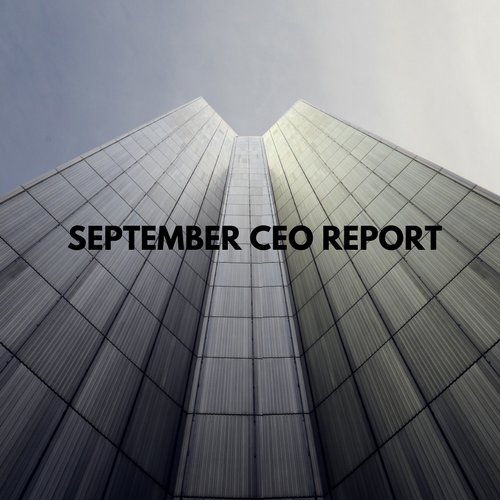 The number of Chief Executive Officers leaving their positions rose 5 percent from the 96 recorded CEO changes in August to 101 in September. Last month’s total is down 15 percent from the same month last year, when 119 CEOs left their posts, according to a report released Wednesday by global outplacement consultancy and executive coaching firm Challenger, Gray & Christmas, Inc.

So far this year, a total of 866 CEOs have announced exits, down 8.3 percent from the 944 CEOs that departed from their posts in the first three quarters of 2016.

“We see the most announced CEO exits during the third quarter on average, as companies make leadership decisions before the year’s end,” said John Challenger, Chief Executive Officer of Challenger, Gray & Christmas, Inc.

The government/non-profit sector continues to lead exits this year, with 134 announced departures, 17 in the month of September. This is a 13.5 percent decrease from last year, when there were 155 departures.

The services industry has seen 91 exits this year, an increase of 184 percent from last year, when 32 departures were reported. Hospitals have seen 81 exits through September, down 27 percent from the 111 CEOs who left during the same period last year. Companies in both the health care/products industry and the financial services sector each reported 77 CEO exits this year.

California remains the state with the largest number of departures this year with 106, ten in September. Texas follows with 89 departures so far this year, while New York recorded 53 CEO changes. Florida companies announced 47 chief executive exits this year.

A majority of CEOs are stepping down, with 279 reported in the first three quarters of the year. While they are no longer leaders of the company, they tend to maintain positions as chairs, board members, and advisors. Those announcing retirement are at 224 for the year, with 25 occurring in September. CEO resignations so far total 134 this year and 63 have left their posts due to their interim period ending.

“In years past, we’ve seen the majority of CEOs retire or resign, the standard reason for leaving. This year has been unique in that more former CEOs are announcing that they will remain with the company in some capacity,” said Challenger.