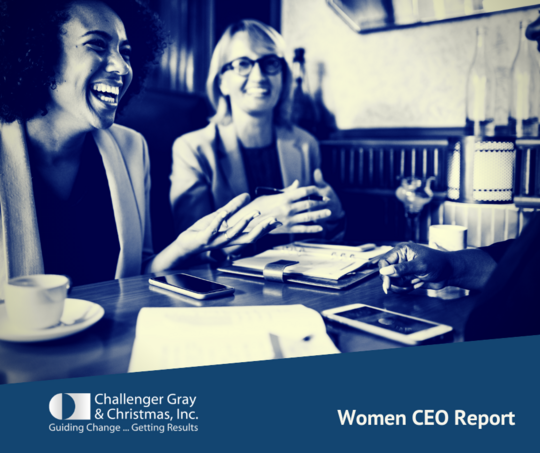 “The rate of women CEO replacements has risen steadily since 2014. It’s the highest rate of women CEO replacements since we began tracking gender data in 2013. As companies grapple with increased awareness surrounding gender equality issues, such as pay parity and eliminating sexual harassment and gender discrimination, they appear to be hiring and promoting women candidates into the top role,” said Andrew Challenger, Vice President of Challenger, Gray & Christmas, Inc.

“This is crucial to creating an environment where bullying and harassment based on gender is eliminated,” he added.

For example, this month, CBS hired Susan Zirinsky, its first female president, to oversee its news division after Moonves’s high-profile exit. According to an October 2018 New York Times piece, of 201 men who were ousted after allegations of sexual misconduct, 54 of 124 replacements were women.

Men still represent the vast majority of CEO replacements, accounting for 78 percent of the replacements recorded in 2018. In 114 of those instances, men were named as replacements for women. Last year saw 175 women replace male Chief Executive Officers. 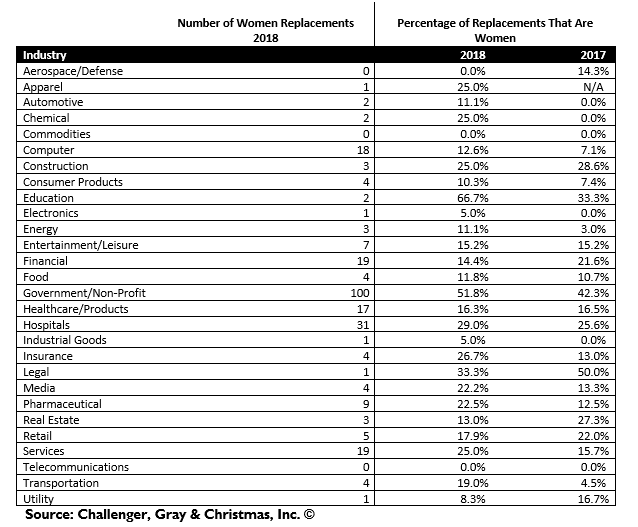 According to Challenger tracking, 259 publicly traded companies announced CEO exits last year. Of the 217 of those that announced replacements, 18 were women.