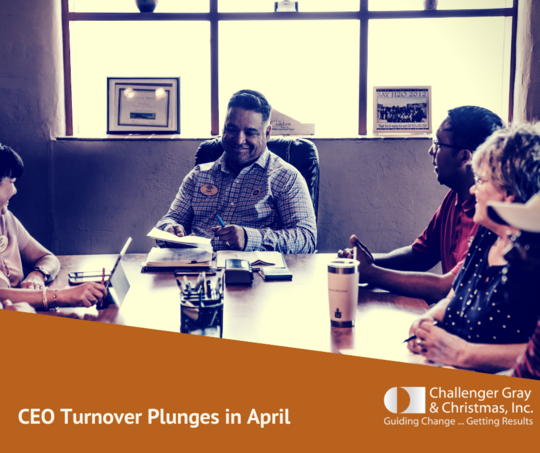 “Job cuts announced by U.S. employers also slowed in April, suggesting the record expansion we’ve seen this year may be in a holding pattern, as companies take a wait-and-see approach,” he added.

“The good news for CEOs looking for new opportunities is that there are plenty of jobs available for those with a high-level skill set. Companies are reporting a skills gap, especially in leadership,” said Challenger.

Through April, 202 chief executives stepped down into other positions within the company, usually as a Chairperson or other member of the C-Suite. Another 150 CEOs retired, while 45 found new positions in other companies. Six CEOs reportedly left due to scandal this year, while 3 left due to professional misconduct allegations. Another 3 left due to alleged sexual misconduct.