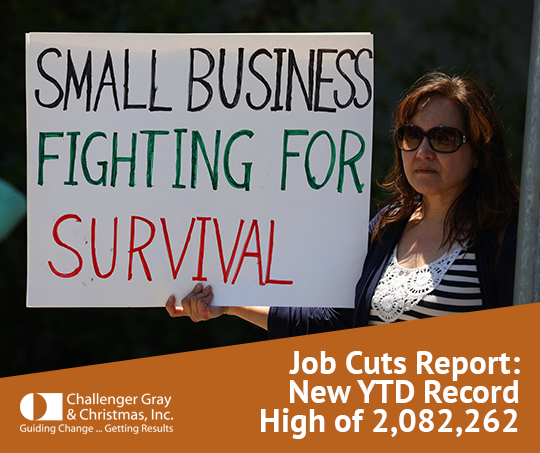 Job cuts announced by U.S.-based employers jumped to 118,804 in September, up 2.6% from August’s total of 115,762, according to a monthly report released Thursday by global outplacement and business and executive coaching firm Challenger, Gray & Christmas, Inc.

“We are setting new records for job cuts even though things have improved since the earliest days of the pandemic,” said Andrew Challenger, Senior Vice President of Challenger, Gray & Christmas, Inc.
“These are uncertain times for everyone, as many states are experiencing an uptick in the number of COVID-19 cases. It is clear we still have a long way to go before many industries can return to normal.”

Aerospace/Defense announced the second-highest number of job cuts in September, with 18,971, bringing the year-to-date total to 74,867. That is 1,158% higher than the 5,953 cuts announced in that sector through the third quarter of last year.

The Transportation sector followed with 16,628 cuts for the month, bringing the sector total through September to 148,199, 517% higher than the 24,034 announced through the same period in 2019.
“We are beginning to see cuts spread to sectors outside Entertainment and Retail. Especially if another relief package fails to pass, employers are going to enter the fourth quarter hesitant to invest or spend,” said Challenger.

Retailers have announced the second-highest number of job cuts this year, with 176,976, 171% higher than the 65,358 cuts announced through the same period last year.

But the Retail Industry also led in announced hiring plans in September, with 326,887 jobs, bringing the year-to-date total for the sector to 936,403 hires. Retailers so far have announced 378,200 seasonal hires.

“Traditional retailers have faced unprecedented challenges because of COVID-19. With high unemployment and a dwindling government stimulus, it is difficult to predict what the demands of the holiday season will be,” said Challenger.

“However, while retail sales in the second quarter were lower than a year earlier, online shopping has surged during the pandemic. Retailers with solid online infrastructures are bracing for high demand,” he added. 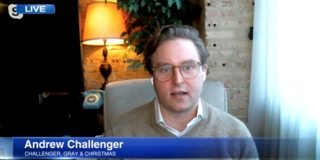