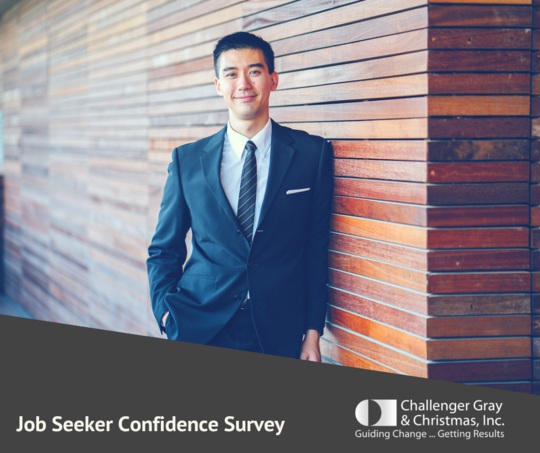 While fewer respondents believe the president will benefit job seekers, more report uncertainty in whether his policies will help them find new positions. Nearly 60 percent of job seekers were unsure, compared to half of job seekers who reported this last year.

“The uncertainty that may be causing employers to restructure their workforces is being followed by the nation’s job seekers. Despite strong job numbers in the December employment report, we have seen indicators that the economy may begin to slow. Announced job cuts are up and CEO turnover is at its highest since the recession, according to our tracking” said Andrew Challenger, Vice President of Challenger, Gray & Christmas, Inc.

“Meanwhile, the shutdown, which had lasted one week when this survey was conducted, was noted as a looming concern by a number of callers,” he added.

“Wages are also on the rise, as companies battle to find qualified workers. It’s a good time for those who do not feel content in their current situation to find something new,” said Challenger.

Finding job openings was reportedly the most difficult part of the job search, followed by getting interviews.

“Seventy-five percent of job openings are found through what we call the ‘hidden job market.’ They’re word-of-mouth positions that are never advertised. These unadvertised positions are why networking is so important to the job search,” said Challenger.

Meanwhile, over 3 percent of callers identified their age as the main reason they were not getting offers. Age discrimination does indeed exist in the hiring process, as do other types of discrimination. In fact, the U.S. Equal Employment Opportunity Commission (EEOC) handled over 18,000 age-related discrimination allegations in 2017 alone.