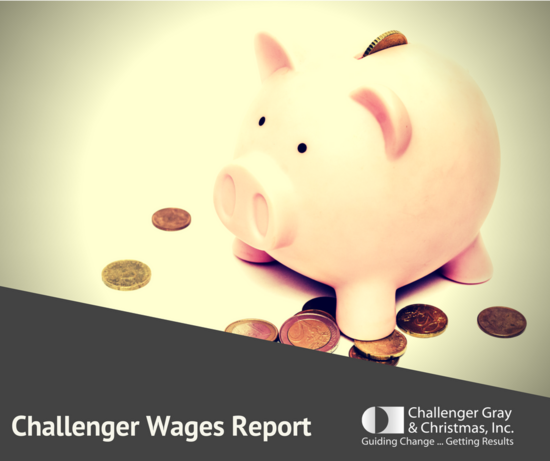 Today, ten years after the Great Recession, most would agree that the U.S. economy is as strong as ever. With low unemployment and a growing GDP, Americans are feeling much more comfortable about the economy.

However, a concerning trend is hiding underneath an otherwise booming period – slow wage growth. Last month’s Employment Report from the Bureau of Labor Statistics (BLS) saw a 2.7 percent increase in wages, easing many economists’ concerns about potential wage stagnation, but wages are not rising nearly as quickly as a tight labor market, strong economy, and high corporate profits would indicate.

“Wage stagnation occurs when wages are growing at or below the rate of inflation. When year-to-year wages do not grow at the same rate as inflation, workers have less purchasing power and have to settle for buying less than they did in previous years. As of right now, the inflation rate is at 2.2 percent and the average real wage growth rate is up just 0.6% since last year, according to Bloomberg,” said Andrew Challenger, Vice President of global outplacement and executive coaching firm Challenger, Gray & Christmas, Inc.

Historically, wage stagnation occurs when the economy is not growing and the labor supply is greater than the number of available jobs. The most recent example of this phenomenon in the U.S. is the Great Recession.

“During the Great Recession, the unemployment rate hit 10 percent. People struggled to get jobs and companies kept wages low to try to offset the economic downturn. Currently, unemployment is at an 18-year low, and the GDP is predicted to reach 2.9 percent growth, according to Kiplinger,” said Challenger.

Meanwhile, there are currently more jobs than workers available to fill them, according to the BLS. What changed in the U.S. economy to allow near stagnation under such ideal conditions?

“It’s likely that the gig economy has something to do with this situation. Yes, unemployment is down, but it may be lower because the market is saturated with people employed by companies like Uber and Postmates,” said Challenger.

According to the BLS, 3.8 percent of the American labor force hold contingent jobs (jobs they expect will be temporary) and 6.9 percent consider themselves to be independent contractors. While these two categories can overlap, they still represent a significant portion of the labor force.

These jobs might be the cause of wage stagnation, as there is no true limit on the number of people that can be employed in these jobs. Essentially, demand for jobs increases with the size of the labor force, but the supply of jobs in the market is practically unlimited as long as gig jobs exist.

Another potential cause of wage stagnation is stalling union membership in the U.S. In the 1960s, union membership was as high as one-third of the U.S. labor force. Some states had nearly 45 percent of the workforce in unions, according to research published by National Public Radio in 2015. The powers of collective bargaining allowed union members to make substantial wage gains and strike for better treatment and hours.

Today, union membership is dwindling. While the public sector still has powerful unions, union membership in the private sector has been decreasing over the past few years, according to an article published by Bloomberg. Currently, only 10.7 percent of the U.S. labor force participate in unions.

“Wage stagnation and even slow growth lead to lower purchasing power for consumers, which, in turn, can hurt businesses, since they often price products in line with the current inflation level. If wage stagnation becomes more significant, it can even cause layoffs, as employers attempt to make up for the lost earnings from consumers being unable to purchase products,” said Challenger.

“Still, some economists believe wage growth is coming in 2018, but if the government report for June shows additional wage growth, low unemployment, and a high number of jobs added, coupled with a low layoff figure in the Challenger Report, we could be heading for another downturn,” warned Challenger.

“While wage growth is typically a good economic indicator, the economy can only handle so much growth before it corrects,” he added.