The State of Working Mothers 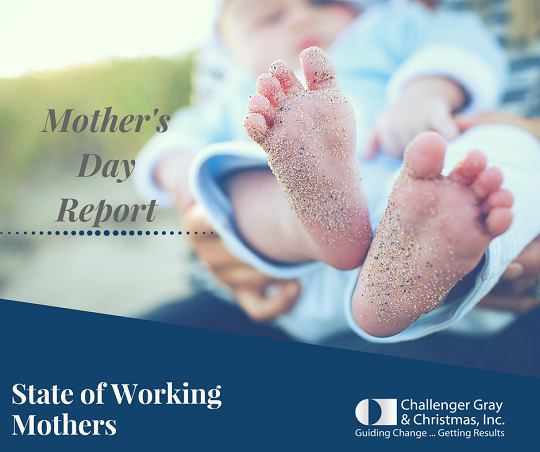 With 85 million mothers in the United States – 70 percent of whom are in the labor force, according to the Bureau of Labor Statistics – no doubt companies are facing calls for family-friendly benefits and perks. As women continue to speak out for equality in the workplace, especially in light of the #MeToo movement, companies that design their culture to support working mothers will attract top talent, according to one workplace authority.

“Recent movements have brought to light not only the unequal treatment of women in the workplace, but criminal treatment as well. Women are demanding their safety be a priority, as well as equal pay, equal opportunity for advancement, and equal treatment overall,” said Andrew Challenger, Vice President of global outplacement and executive coaching firm Challenger, Gray & Christmas, Inc.

Despite an increased presence in the workforce, 60 percent of women feel they are not treated by their male counterparts as equals, according to a poll by The Wall Street Journal/NBC published in March of this year. 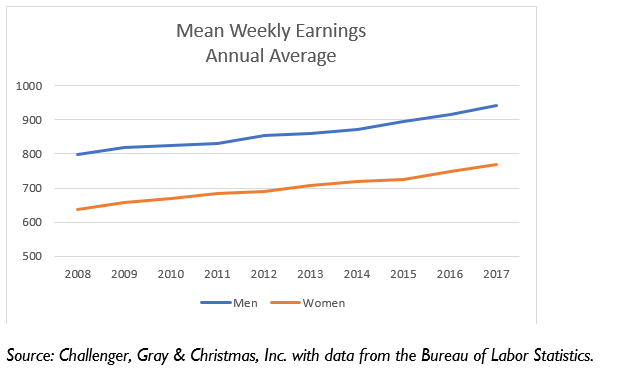 “Mothers especially suffer from serious workplace discrimination. Working mothers still have to face stigma from their peers about their competencies, suffer from a motherhood ‘wage penalty,’ and encounter difficulty finding new positions more so than working fathers, according to a study from Cornell University,” said Challenger.

“These issues have gained exposure in recent years through large social movements, such as #MeToo, but legislative and cultural changes have been slow-moving to nonexistent. Just recently, Congress passed legislation allowing Senator Tammy Duckworth to bring her newborn to the floor for votes,” he added.

Since so many view working mothers as a positive, it makes sense that some women are finding more welcoming atmospheres at many offices. For instance, Schiff Hardin LLP, a prominent law firm with offices across the United States, recently launched a new parent policy that will reduce hours prior to a child’s birth and after the new parent returns to work.

“Competitive companies are offering benefits for working parents, such as onsite childcare and flexible time off as well as fertility benefits for women who want to become mothers,” said Challenger.

In fact, Facebook, Apple, and Google offer egg-freezing benefits for their female workforce, while Starbucks offers IVF coverage to workers, including part-time baristas.

“With the economy near full employment, companies who directly address this issue will have the advantage in attracting and retaining workers. The first step is to look at the culture within a company. Are you hiring and promoting working mothers? If not, what is keeping these mothers from succeeding? Do you have programs that help working parents maintain a level of quality in their work?” Challenger added.

Programs like childcare at work can make a huge impact on the peace of mind of working parents. The annual cost of infant care varies by state, but can reach up to $22,000 in large metro areas such as Washington, D.C., according to the Economic Policy Institute. Offering on-site childcare or flexible schedules that allow working mothers and fathers to offset this cost will drive the best talent to those employers, as well as increase retention and morale.

Unlimited or extensive PTO may also help eliminate some inequality in the workplace. Tech companies such as Netflix, LinkedIn, and Hubspot, as well as electronics giant General Electric offer such a perk. By allowing mothers and fathers to take time off to care for their families without limitations, they could potentially avoid the stigma that parents face when they have to take more time off than non-parents.

Beyond parent- and mother-friendly policies, companies can utilize HR to audit the wages and hiring process. In fact, a recent Challenger study found that 48 percent of companies were reevaluating their compensation policies in light of gender equality issues.