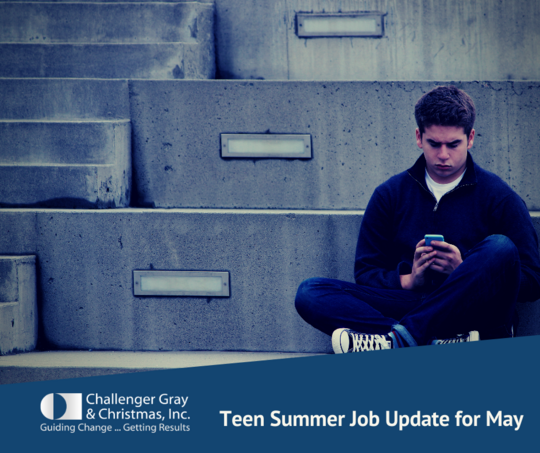 Are Teens the Big Job Gainers in May Jobs Report?
TEENS GAIN 594,000 JOBS IN MAY AFTER LOSING 1.7M IN APRIL

“Most of the jobs coming back in May were in leisure and retail, prime industries for teen workers. Grocery stores experiencing massive demand during the onset of the pandemic moved quickly to beef up their staffs, and in many cases, those positions were filled by teen workers,” said Andrew Challenger, Senior VP of Challenger, Gray & Christmas, Inc.

Meanwhile, the unemployment rate for teens soared to 32.2% in April before falling slightly to 30.7% in May. These were the highest unemployment rates in the entire series which began in 1948, according to the BLS.

“No doubt the number of teens in the labor force has fallen since its peak in the late 1970s when over 70% of teens participated in the labor market during the summer months. However, the high unemployment rate for this group in April and May suggests teens are looking for work or were working and now find themselves unemployed,” said Challenger.

“Many teens may be taking essential positions to contribute to the household income as their parents lose jobs,” he added.

In fact, according to a report in the Chicago Tribune, teens are expressing frustration with e-learning after working jobs at essential businesses to help their families make ends meet.

“Many businesses that primarily employ teens, like retail stores, amusement parks, and restaurants, are slowly reopening for the summer and in many cases, the Payroll Protection Program kept jobs on payrolls. Many other businesses, such as movie theaters and summer youth programs are not seeing the demand to add jobs or even reopen. It remains to be seen if the businesses that are reopening will see the demand to keep these workers employed, much less add more,” he added. 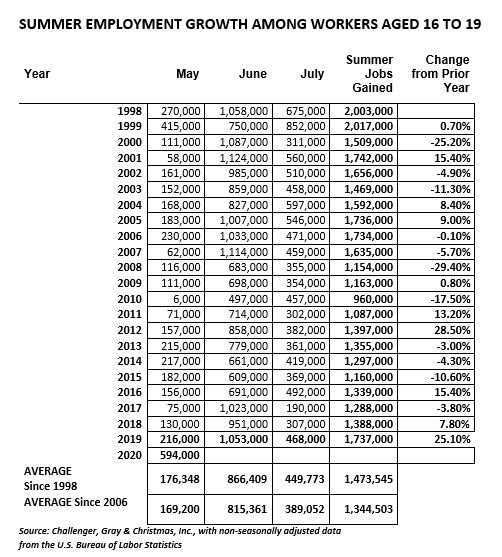