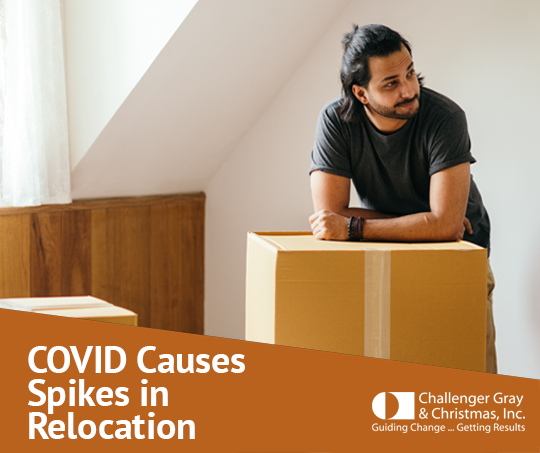 Needless to say, COVID has impacted nearly every aspect of the American workplace, including the job search and hiring processes. In a new report from global outplacement and business and executive coaching firm Challenger, Gray & Christmas, Inc., more job seekers opted to relocate for new opportunities, move to smaller companies, and/or change industries in the second quarter when the initial shutdown orders took effect.

“Historically, rates for job seekers relocating for new positions have been trending down since the mid-1990s. However, the recent spike in the second quarter coincides with increased home buying amid low interest rates. It also indicates job seekers may have been quick to accept positions outside their current geographical location, as uncertainty gripped the economy,” said Andrew Challenger, Senior Vice President of Challenger, Gray & Christmas, Inc.

The report comes from a quarterly survey conducted via phone calls and online interviews by Challenger of over 3,000 job seekers nationwide. The respondents tend to skew middle to upper management. 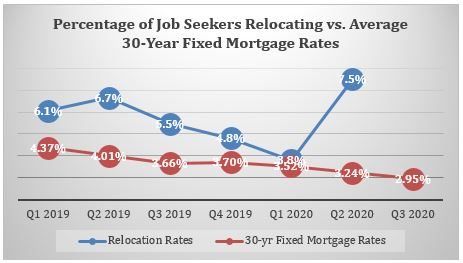 “The virus spurred many who lived in densely populated locations to consider moving to areas with more space and fewer people. In some cases, the catalyst for the move was when workers lost their positions during the wave of layoffs that occurred due to COVID – and indeed is still occurring – and sought positions in these new areas,” said Challenger.

Likewise, 19.57% of job seekers changed industries in their new positions in the second quarter, up from 15% in the first quarter and 16% in the final quarter of 2019.

“Those job seekers who were able to transfer their skills to new industries for positions in more desirable locations took the opportunity to do so in the second quarter. This also indicates that some workers may have seen the writing on the wall for their current industries, as so many, such as Retail, Technology, and Energy, are in flux. The pandemic only exacerbated and sped up these ongoing changes,” said Challenger.

“These trends show that the uncertainty due to the pandemic impacted how job candidates sought and accepted new positions in the second quarter. This uncertainty is ongoing, most definitely still impacting the economy, and hampering any hiring planning the nation’s employers are attempting for the new year,” said Challenger.