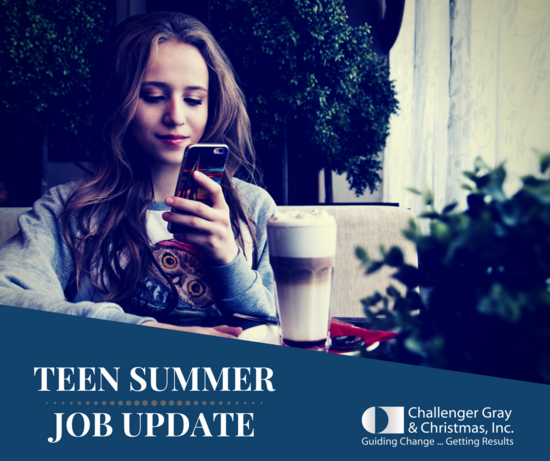 The summer hiring season for teens got off to a better start than last May, as 130,000 workers aged 16 to 19 found employment last month, according to analysis of non-seasonally adjusted data from the Bureau of Labor Statistics by global outplacement and executive coaching firm Challenger, Gray & Christmas, Inc.

“May’s total is more in line with what we expect in terms of job gains. However, unless we see another huge June number that carries into July, we won’t see job gains much higher than last year,” said Andrew Challenger, Vice President of Challenger, Gray & Christmas, Inc.

“Teens continue to explore other opportunities outside of paid employment. While this could help with college resumes, it likely will not build the soft skills and work experience employers like to see from entry-level workers,” he added.

“While retail, the industry that traditionally hires teen workers, may be pivoting, those jobs are not necessarily gone. As retailers add new technologies to enhance the in-store experience, more workers will need to be on hand to ensure shoppers are using them most effectively as well as to interpret the data these new technologies are producing to help run the stores,” said Challenger. 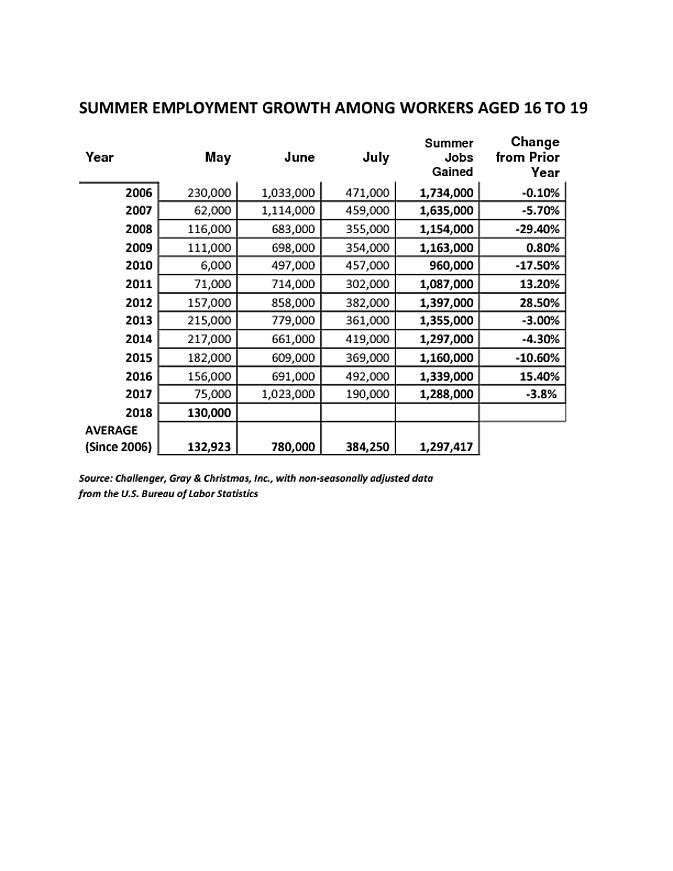