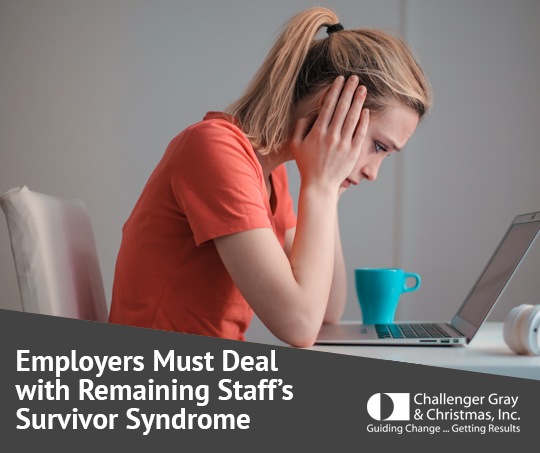 “Although many employees – and their employers – may have hoped that layoffs due to the pandemic were temporary, the stark reality is job losses are becoming permanent across multiple industries,” said Challenger.

“As this new normal of downsized work environments is recognized, employers should be proactive in dealing with the mixed emotions prevalent in their remaining staff,” said Challenger.

Challenger offered the following advice to employers on how to work through survivors’ guilt with their teams.

“If you do not recognize that survivors are dealing with a lot of emotions, the result can be a company that motivates workers by fear instead of loyalty. This can lead to disengaged workers who will jump ship as soon as the economy improves and opportunities present themselves. At that point, employers could be left scrambling to fill the positions of the most competent employees to keep their businesses afloat,” said Challenger.

While anyone who survives a company layoff may feel some relief, it's immediately overridden by an unsettling tangle of other feelings. https://t.co/nvOykuOJsU