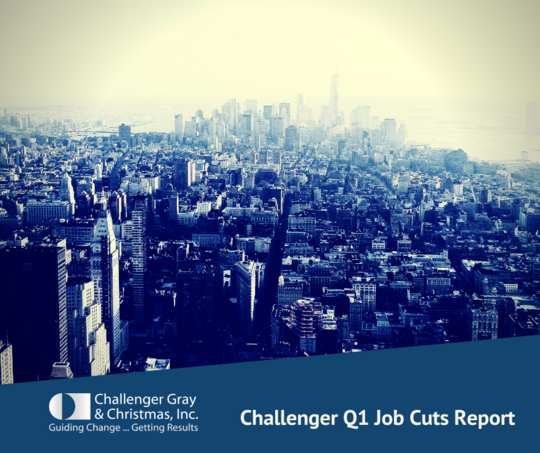 U.S.-based employers announced plans to cut 60,587 jobs from their payrolls in March, down 21% from the 76,835 cuts announced in February. Despite the decline, last month’s cuts in the Automotive and Energy sectors added to the highest quarterly total of the last 14 quarters, according to a report released Thursday from global outplacement and business and executive coaching firm Challenger, Gray & Christmas, Inc.