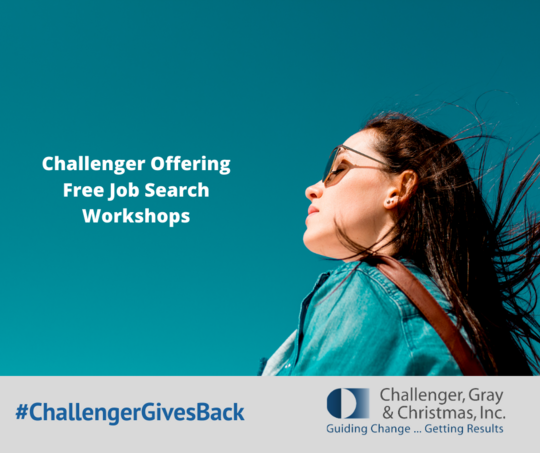 The economy gained back 2.5 million jobs in May, primarily from workers going back to jobs, according to the most recent Employment Situation released Friday from the Bureau of Labor Statistics (BLS), after falling by 20.5 million jobs in April. Nearly 22 million Americans are out of work, according to those receiving weekly unemployment benefits, and job cuts announced by US-based employers are at a record high, according to tracking from global outplacement and executive coaching firm Challenger, Gray & Christmas, Inc.

“Now, more than ever, Americans need help navigating the job market. The nation is experiencing 13.3% unemployment. College grads are entering one of the worst job markets in a lifetime. Veterans’ unemployment is at 9% while the unemployment rate for people of color is hovering near 16%,” said Andrew Challenger, Senior VP of Challenger, Gray & Christmas, Inc.

“We are dedicated to using our resources to try to help Americans who find themselves in an unexpected job loss prepare for the search, especially during these uncertain times,” he added.