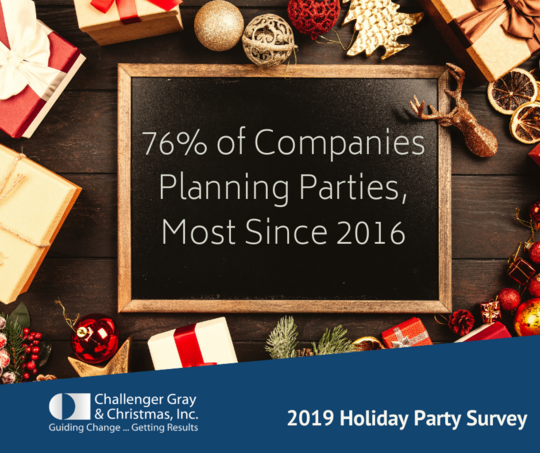 “While several indicators suggest companies may be concerned about the economy in the coming year, that concern does not appear to extend to the company holiday party,” said Andrew Challenger, Vice President of Challenger, Gray & Christmas, Inc.

“Companies are ready to celebrate this year after a low-key 2018. It doesn’t appear that companies are holding the lavish parties of the 1980s and 1990s, and post-Great Recession, and even post-#MeToo, those days may be long gone,” said Challenger.

“Generally, profits are up and corporate tax cuts have been a boon for companies. While there may be a coming slowdown that could impact next year’s festivities, this year employees will party,” he added.