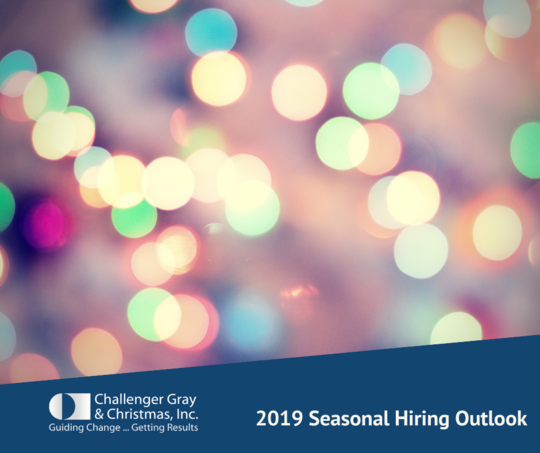 “The shift to online shopping in Retail means traditional Retailers will likely not hire the numbers they once did. However, these holiday jobs seem to be appearing in Transportation and Warehousing, as Retailers rely more and more on fulfillment centers,” said Andrew Challenger, Vice President of Challenger, Gray & Christmas, Inc.

Already this year, Target, which last year announced the highest number of seasonal jobs from a brick-and-mortar Retailer according to Challenger tracking, announced they plan to add even more jobs this year: 125,000 in-store workers, as well as another 8,000 in fulfillment. UPS announced it would add 100,000 jobs for the holidays, and 1-800-FLOWERS.COM Inc. will add 8,000 jobs.

A number of Retailers, including Lowe’s, Amazon, and Kohl’s, announced seasonal hiring plans over the summer, and it remains to be seen whether they will make large-scale announcements for the holiday season.

“Seasonal hiring is driven primarily by current consumer spending habits. Consumers, at the moment, are spending, with the latest figures suggesting consumers are going further into credit card debt. Unless this changes significantly this month, Retailers will likely hire at similar levels to last year,” said Challenger.

“Perceptions of the current economy, which is not as strong as last year or in 2017, could curtail seasonal hiring plans as well. Although new tariffs likely won’t go into effect at the moment, Retailers will keep a close eye on trade negotiations in October, as they will impact consumers going into the holidays,” he added. 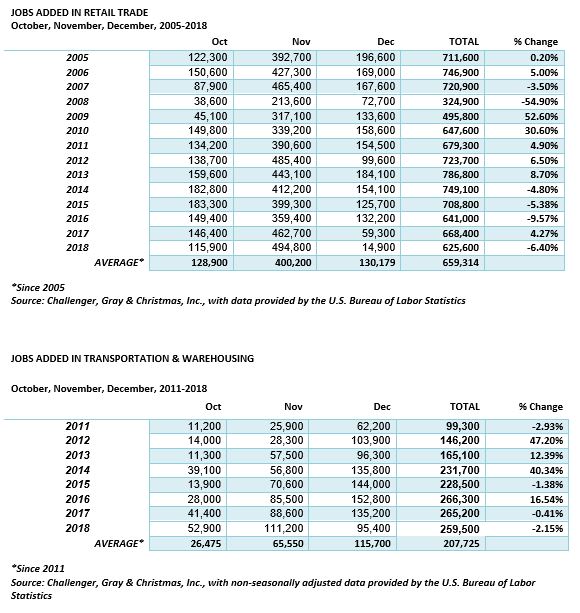 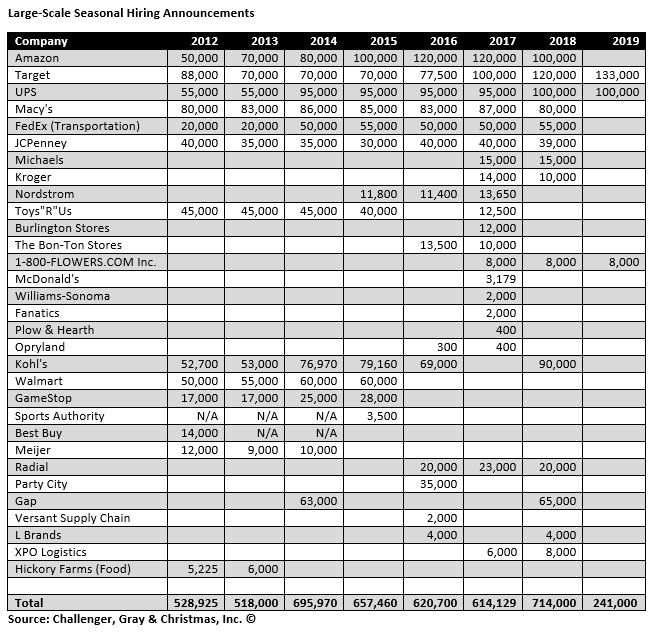