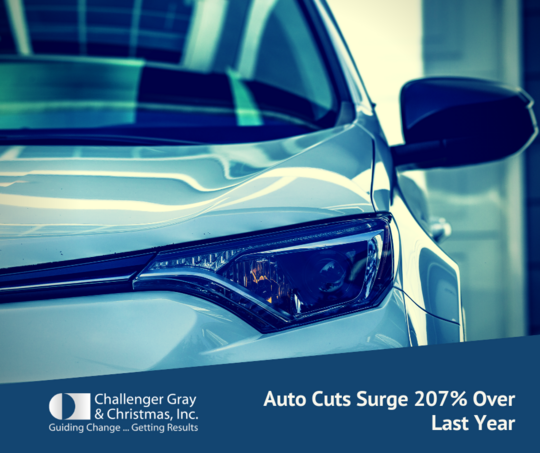 “Automakers, like many companies pivoting to include new technology, must become nimble in order to make decisions as rapidly as the technology evolves,” he added.

“When automakers announce job cuts, especially if they include plant closings or the end of production of a certain type of vehicle, a trickle-down effect occurs as suppliers lose contracts,” said Challenger.

In fact, Challenger tracked 859 job cuts announced from auto suppliers since December 2018.
“Job cuts in this sector are likely to continue, especially with the implementation of additional tariffs on Chinese goods. Automakers and suppliers will feel the pressure, which may lead to more cuts,” said Challenger. 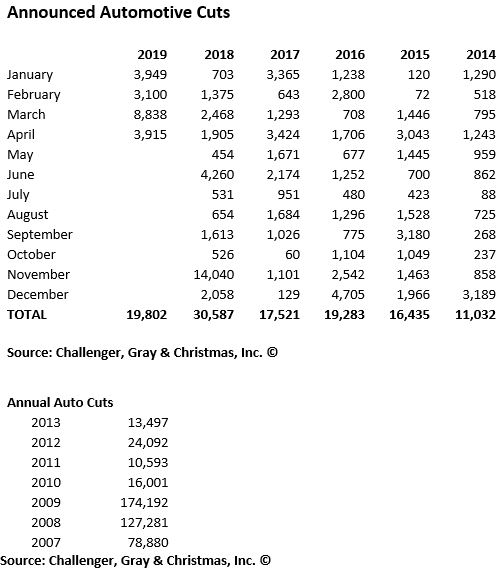