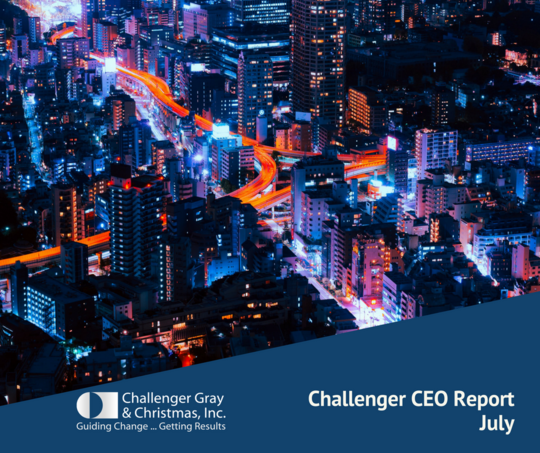 A total of 94 Chief Executive Officers left their posts in July, up 4 percent from June’s total of 90, according to a report released Wednesday by global outplacement consultancy and executive coaching firm Challenger, Gray & Christmas, Inc.

July departures are 8 percent lower than the 102 CEOs who left their posts in the same month last year. So far this year, 725 CEO changes have been recorded, 8 percent more than the 669 CEO departures recorded last year. 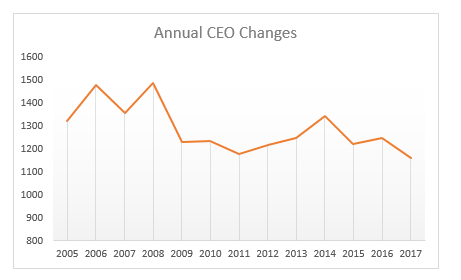 “Announced layoffs are also below average, according to Challenger tracking. While companies are enjoying a healthy economy, employers are having trouble finding the talent needed to sustain growth. At the CEO level, this talent shortage is even more acute,” he added.

Through July, 217 CEOs have retired from their companies, suggesting they are not moving to leadership positions in other companies. Another 217 stepped down from their roles, typically into a C-level or board member position. Eleven CEOs left to pursue other opportunities.

Ten CEOs were terminated by the company and another ten left amid scandal. One CEO left due to legal trouble, typically entailing some sort of external investigation.

The Government/Non-Profit sector leads all industries in departures this year with 145, 27 of which occurred in July. Computer companies have announced 91 CEO departures through the first seven months of the year.

Meanwhile, Health Care/Products firms have announced 73 CEO exits in 2018, and Financial companies reported 70 through the year.

California has the most CEO exits so far this year with 84, followed by Texas with 70. Florida has the third highest with 41.