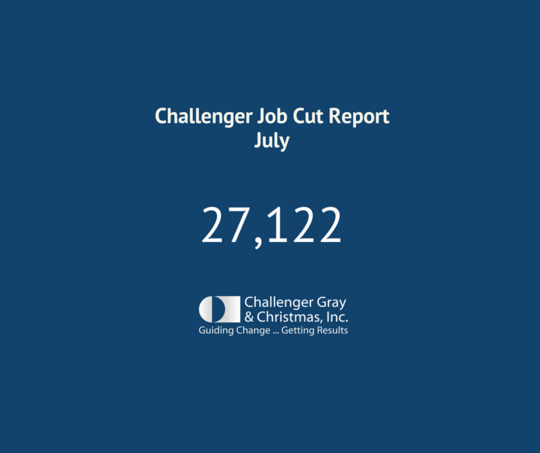 Retailers continue to lead in job cuts, with 75,763 announced so far this year. That is 18.4 percent higher than the 63,989 Retail jobs cut through this point last year. The seven-month total for Retail job cuts is 321 cuts away from the full-year total in 2017. 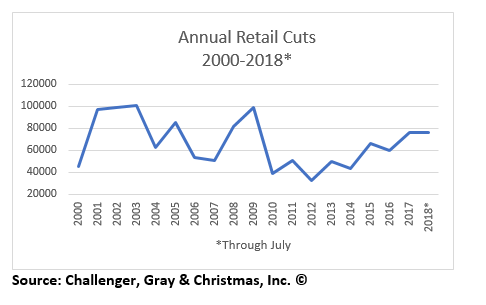 “Retail cuts have been inching up the last four years, as online shopping causes disruptions to business as usual. We’re starting to see layoffs in this sector that rival recession years,” said Challenger.

Health Care companies follow in cuts with 28,484, up 32 percent from the 21,554 cuts announced in this sector in the first seven months of last year.

The Services sector announced 24,168 cuts so far this year. Consumer Products manufacturers announced 22,210 through July, 238.7 percent more than the 6,558 cuts announced through July 2017.

In the last two months, the Trump Administration’s steel tariffs have cost a total of 70 jobs, according to Challenger tracking.

Automotive manufacturers, vulnerable to trade war fears, round out the top five job-cutting industries this year with 11,696, down 13.5 percent from the 13,521 announced through July 2017.
“We simply do not yet know what impact the tariffs on steel, as well as other proposed tariffs, may have on jobs. We’re seeing a trickle of job cuts related to these tariffs, but it is not yet torrential,” said Challenger.