85% of Companies Discussed George Floyd & The Protests; Will This Moment Lead to Equitable Hiring? 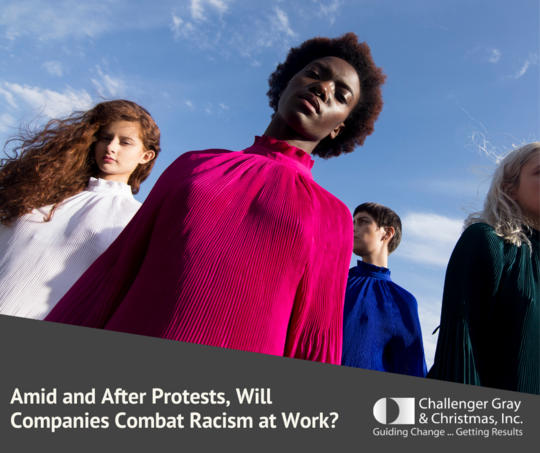 Meanwhile, a 2017 Deloitte study found 95% of respondents believe they need to seek out board candidates with diverse skillsets and perspectives, but only 16% rate a lack of diversity as a top problem they face in recruiting or succession planning.

In fact, the same study found that 84% of large and 90% of mid-cap firms rely on recommendations from current board members or recruit from other boards within the same industry. Many would not consider a candidate who did not have prior executive experience.

“We know that most new positions, be it board, executive, or entry level, come from networking, but if companies are relying on someone’s homogeneous network, they will miss talented people of color, which ultimately hurts the bottom line,” said Challenger.

According to Challenger’s survey, the vast majority (81.5%) of companies are discussing racism with their teams via email, while another 70.4% are conducting video conferencing calls; 22.2% reported they are having in-person meetings. Nearly every respondent said the most effective way to communicate has been in-person (albeit mostly virtual) meetings.

According to the survey, 55.6% posted statements on the issue to their social channels and 14.8% issued statements to the media.

“One good thing that could come from this reckoning is that companies get serious about facing the racial divide in hiring. Some companies may be quite diverse, but that does not necessarily mean they are inclusive. Unequal pay and lack of promotions and other opportunities are pervasive across corporate America,” he added.

According to research by management consulting firm McKinsey & Company, over their lifetimes, African Americans can expect to earn up to $1 million less than white Americans. The racial wealth gap’s effect will cost the U.S. economy between $1 trillion and $1.5 trillion between 2019 and 2028 - 4% to 6% of the projected GDP in 2028.

In addition to establishing processes to ensure diversity in hiring, corporate sponsorship of such programs as Year Up can prepare low-income young adults to gain skills and experiences to reach their potential. The nonprofit provides six months of intensive training followed by a six-month internship in various fields.

Changing hiring practices can make workforces more diverse, but the inclusion piece can be missing when promotions to leadership positions are denied to many and where bias and discrimination are still part of the culture.

“The C-suite must realize there are biases in practice, whether unconscious or not, and they must share in being committed to diversity and inclusion. This enormous commitment should not be relegated only to the CHRO. It should be a embedded in the culture,” said Challenger.

If companies want to be regarded as global enterprises that embrace multiple cultures and religions, it must be reflected in the workforce. This will also help attract top talent. 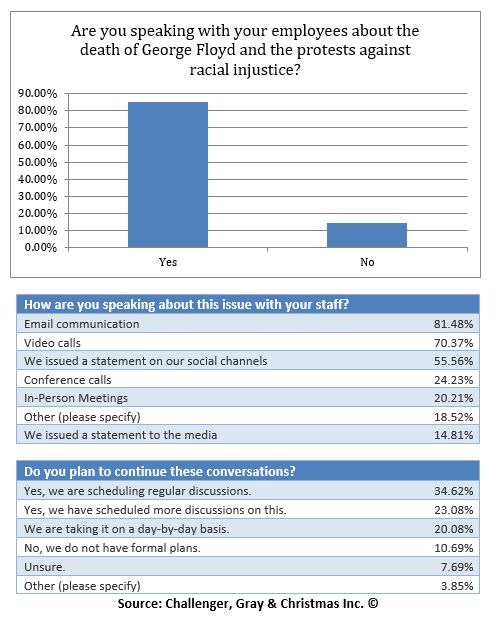