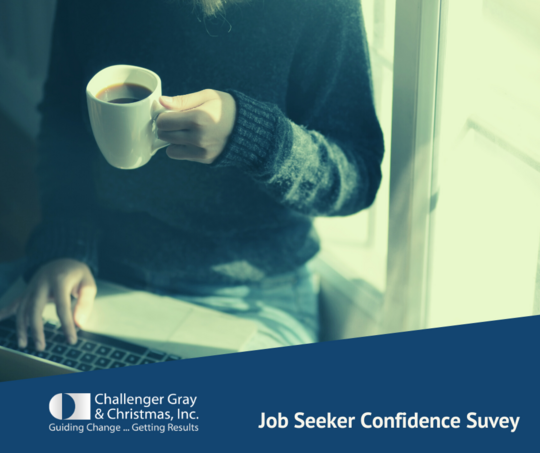 Job seeker confidence is a bit higher and less uncertain than what Challenger tracked during the recession years. In 2008, 26% of job seekers did not know when they would find their next position. Another 12% said it could take seven to ten months to find a new position, and 5.5% reported it could take longer than ten months.

“19.5 million Americans are receiving unemployment benefits, down only slightly from peak claims, suggesting companies are slow to return workers to their jobs. This also suggests these workers may not get those jobs back,” said Challenger.

Meanwhile, job cut announcements by U.S.-based employers as tracked by Challenger fell in May to 397,016, the second-highest total on record after April 2020’s total of 671,129. So far this year, 1,414,828 job cuts have been announced, 542,048 cuts away from the 1,956,876 cuts announced in 2001, the highest annual total on record. The hardest hit industries are Entertainment/Leisure, including hotels, bars, and restaurants; Retail establishments; and Services firms.

Job cuts have already begun to spread outside these initial sectors, according to Challenger. For instance, Tech has seen a 186% increase in layoffs, to 53,072, through May 2020, from 18,568 during the same time last year. The Health Care sector, including hospitals, has announced 45,430 job cuts through May, up 159% from the 17,514 announced last year. As donations have dried up, the Non-Profit sector cut 44,106 jobs through May, up 3,196% from the 1,338 cuts announced in the same period last year.

“The next employment report will give us a clue as to whether companies are adding jobs or seemingly recalling workers and at what pace. As governors roll back reopening plans amid spikes in cases, we will likely see an increase in jobless claims,” said Challenger. 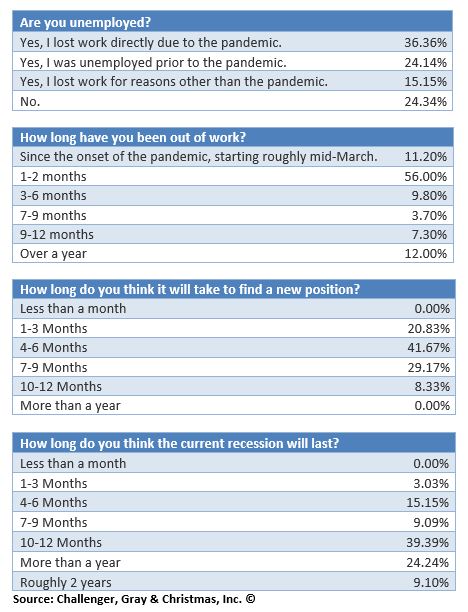