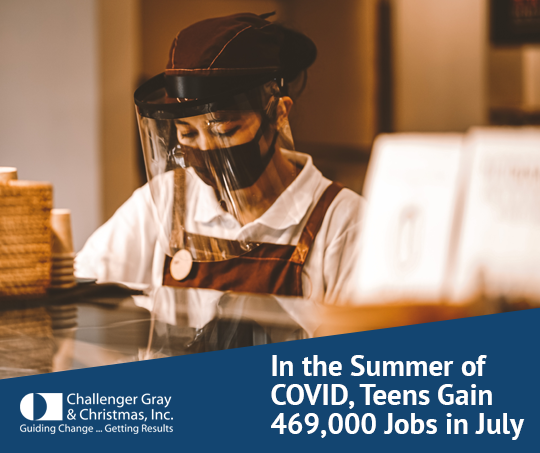 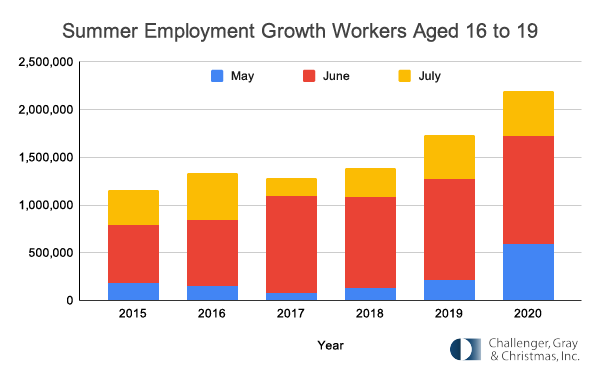 The pandemic’s effect on unemployment is affecting teens, however, along with the rest of the workforce. The unemployment rate for teens in July was 19.1%, an improvement over June’s 24.5%, according to non-seasonally adjusted data from the BLS. However, this was up from the 13.3% unemployment teens experienced in July 2019. 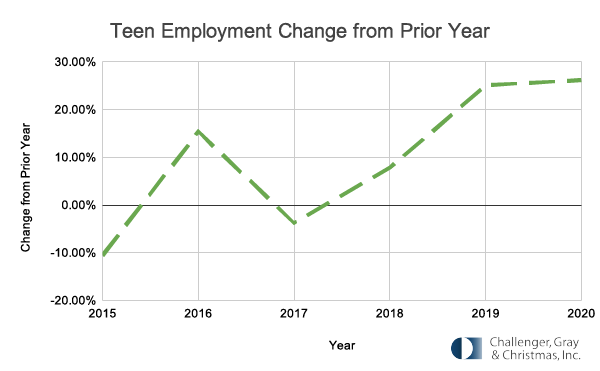 “Working during the summer can be so important for teenagers,” said Challenger. “It allows them to learn new skills, make money for themselves or to help their families, gain experience, and have structure in their lives. In this summer of COVID, many teenagers are missing out on this opportunity.” 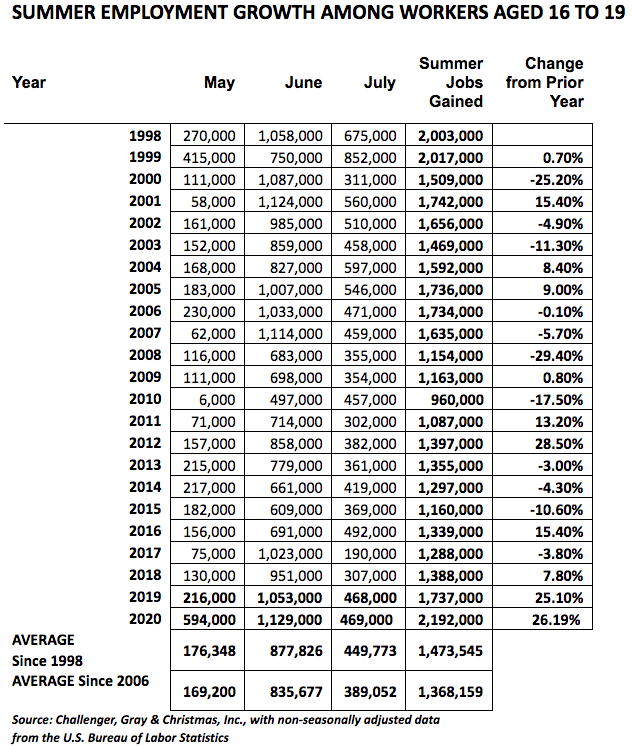