What do employers need to know about Gen Z 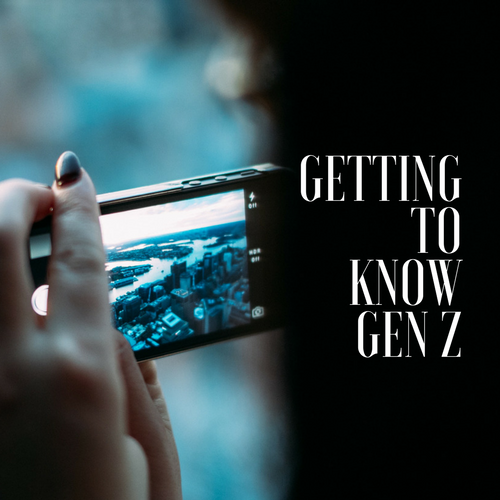 For the last decade, marketers, employers, and brands alike struggled to understand the Millennial workforce. However, now that the oldest Millennials are reaching their mid-thirties, it is time to shift focus to the next generation – Generation Z.

Membership in Gen Z requires a birth year from the mid ‘90s to the late ‘00s, meaning that the oldest members in this generation started entering the workforce in the last few years. While members of Gen Z and Millennials share some traits, Gen Z is far from a carbon copy of its predecessor.

“For most members of Generation Z, Internet usage has been a constant since birth, making them the first true digital natives. They know their way around technology, and they use their technological savvy to avoid content that doesn’t interest them,” said Andrew Challenger, Vice President of global outplacement and executive coaching firm Challenger, Gray & Christmas, Inc.

Indeed, according to a study by CNBC, 69 percent of Generation Z members actively avoid advertisements. If you are looking to capture the eyes of Gen Z members, you need to look for ways to integrate your content into the digital experience, as opposed to disrupting it.

Generation Z is the most diverse generation yet, as its makeup is 56 percent Caucasian, 24 percent Hispanic, 14 percent African-American, and 4 percent Asian, according to Ad Age. For members of this generation, cultural differences are not only accepted, but also expected in life and in the work world. For many, the United States’ first black president was their first president in general or, at least, the first president they can remember, and same-sex marriage and other equality movements are ingrained in their upbringing.

According to a recent Challenger survey, 55.6 percent of companies are currently targeting the Generation Z cohort. When it comes to Gen Z in the workforce, one of the biggest differentiators between Millennials and Generation Z are their levels of practicality and desire for stability. Members of Gen Z grew up during the Great Recession, meaning they watched first-hand as their families learned to cope with unemployment and frugality. A 2015 Adecco Way to Work survey found that more than half of Gen Z members listed student loan debt as a major contributing factor in their schooling and career decisions.

Despite looking out for their finances early, Generation Z members are willing to forgo a higher salary for job stability and career growth opportunities. Members of Gen Z are driven to succeed and look at each position as a stepping stone to a more fulfilling career. Generation Z does not mind doing some grunt work, as long as they feel they are gaining experience, but do not expect them to stay around for too long. With 83 percent of current students believing they should stay at their first job for three years or less, according to the Adecco survey, you may find yourself retraining for entry-level positions often.

Like Millennials, Gen Z members clearly are not afraid to jump quickly from company to company in search of the best possible opportunities, but three quarters of them state they are willing to work from the bottom. So, the question is, how can you recruit and retain Gen Z workers?

“The best answer is – invest in them. Generation Z members are looking for culturally diverse companies that value their employees,” said Challenger

“One great way to engage this cohort is through mentorship programs where members of Generation Z can interact with managerial-level staff. These are especially important, as they allow Gen Z to see the opportunity for their future growth and where they can move within a company. They will also be open to leadership conferences, development classes, and programs where they get to interact with people from all departments,” added Challenger.

Another effective method of attracting members of Gen Z is offering them competitive pay and benefits. According to the same Adecco survey, only 10 percent list friendly work environments as the most important part of their first job, and 7 percent list flexible schedules as their most important qualification. While fancy new offices may provide an exciting first impression, what it really comes down to for Generation Z is being able to feel secure about their finances and know that they will be able to complete meaningful work for the company.