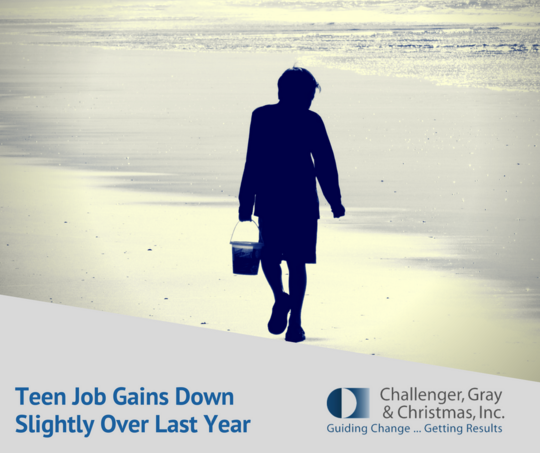 Teen hiring rose 86 percent from the 130,000 jobs added in May, as 951,000 workers aged 16 to 19 found employment last month, according to analysis of non-seasonally adjusted data from the Bureau of Labor Statistics by global outplacement and executive coaching firm Challenger, Gray & Christmas, Inc.

“While June’s gains are lower than last year, they’re still above the average number of jobs added in June. In such a tight labor market, where skilled workers are in short supply, teens may be taking advantage of the entry-level jobs employers were previously giving to older or college-aged workers in the post-recession years,” said Andrew Challenger, Vice President of Challenger, Gray & Christmas, Inc.

“For teens who want to find employment this summer, it’s not too late. In fact, some retailers already announced they are hiring for the holiday and back-to-school seasons,” said Challenger.

“While retail has been competing with online sales, many brick-and-mortar stores are using apps and additional technology to lure shoppers back in store. They’ll also need workers to come close to replicating the ease and convenience of online shopping,” he added.

“Teens can also check with their local park districts, pools, summer camps, movie theaters, amusement parks, or nurseries for employment, as these areas tend to increase employment during the summer months,” said Challenger. 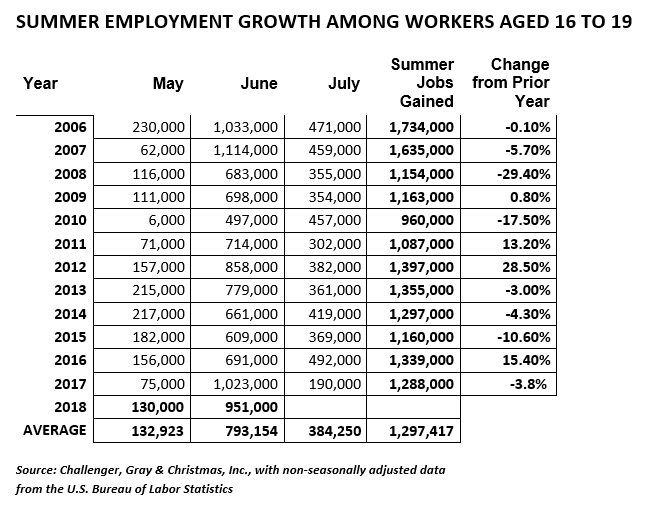