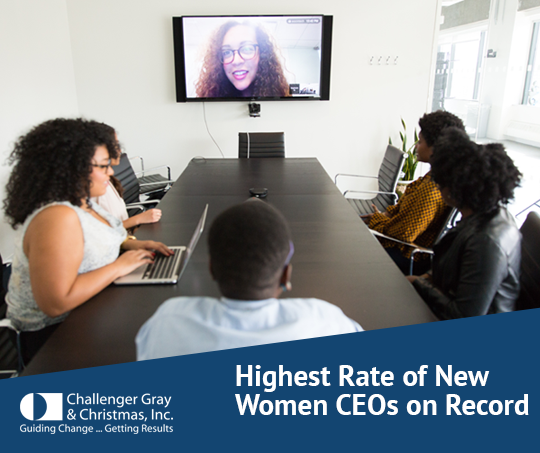 Men still represent the vast majority of CEO replacements, according to Challenger tracking, accounting for 76.6% of the replacements recorded so far this year. In 54 of those instances, men were named as replacements for women. So far in 2020, women have replaced male CEOs 92 times, up from 81 times through June 2019. 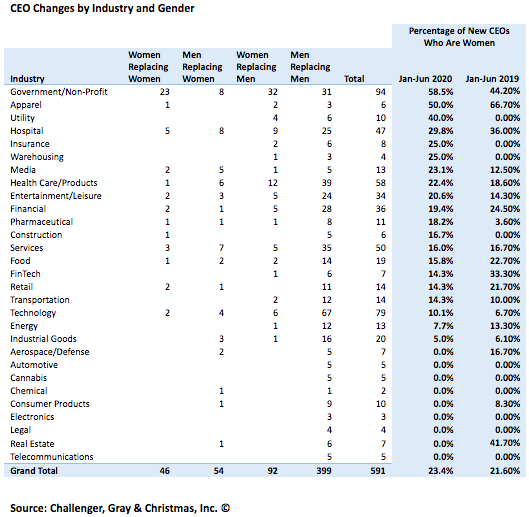