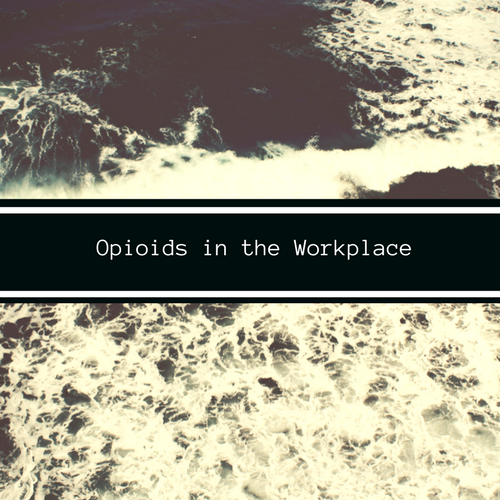 This article is an update from a report we issued in June.

On Thursday, President Trump declared the opioid crisis a public health emergency. Opioid dependency caused approximately 33,000 deaths in 2015, with 15,000 involving a prescription. In 2015, according to the Centers for Disease Control and Prevention, over 2 million people were diagnosed with opioid use disorder (addiction) associated with prescription opioids. According to this data, the crisis undoubtedly impacts employers. The cost of losing valued employees to a drug dependency is substantial, not only to the company, but also to society at large, according to one workplace authority.

“The opioid crisis is not limited to a certain demographic. Many people, old and young, face dependency issues after being prescribed medication. The workplace is an area where employers can help to combat this crisis, through policies that teach current employees to spot addiction as well as partnering on treatment options,” said John Challenger, Chief Executive Officer of global outplacement and executive coaching firm Challenger, Gray & Christmas, Inc.

An estimated 2.1 million people abuse prescription opioids in the U.S., according to the National Institute on Drug Abuse. According to data collected from 2000 to 2012, those who were prescribed prescription drugs were 19 times more likely to move on to heroin use.

“This is a significant part of our population and likely to cross over into the workplace,” said Challenger.

“Though we cannot accurately measure termination due to addiction, it is obvious that workplaces can have an impact on employees who suffer from this issue,” added Challenger.

“In this tight job market, termination has its own cost to employers. Companies should consider developing procedures specific to opioid dependency,” said Challenger.

While many employers do have drug policies, the National Safety Council study found that 81 percent of those policies are incomplete. Thirty percent of workplaces do not discuss return-to-work procedures for employees following drug treatment. Another 32 percent do not discuss procedures for taking prescription drugs at work. Over 40 percent do not cover making accommodations for employees who become impaired after taking prescription drugs at work.

Employers do want to help these workers, however. Seventy percent want to help workers struggling with prescription drug abuse either by allowing them to re-enter their former roles or monitoring them for the length of their employment to combat relapse.

“The workplace could be a lifeline for those struggling with this addiction. Most people spend the majority of their lives at work, and if co-workers and employers can intervene and support these workers, the possibility of success is much greater,” said Challenger.

“Not only will employers keep valued employees, but they can avoid the substantial cost of termination, recruiting, and retraining new staff, in addition to the cost on society,” added Challenger.

According to a study published by Wolters Kluwer Health, prescription opioid overdose, abuse, and dependency cost the American economy $78.5 billion in 2013. Another estimate from the Office of National Drug Control Policy stated drug abuse and addiction, not limited to opioid or prescription drug abuse, cost our society $200 billion in 2007.

Meanwhile, according to the Center for American Progress, the cost of replacing an employee who earns equal to or less than $50,000 is 20 percent of their salary. That percentage rises as the base salary increases. The Bureau of Labor Statistics found that, on average, when a new hire leaves within three months, it costs an organization one and a half times that person’s annual salary.
Investing that 20 percent into programs and policies that will help workers long term could result in a much larger gain for the company.

“It’s unlikely the opioid crisis will go away any time soon. If employers become partners in combating this issue, we may see a positive impact toward reducing its long-term effects,” said Challenger.