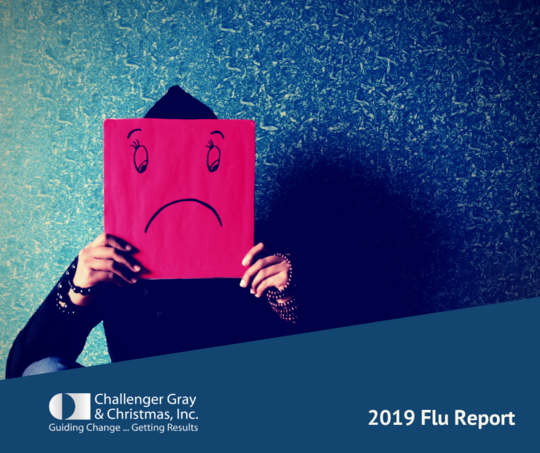 Flu season is officially here, as high instances of flu-like illnesses have been recorded in New York City and 19 states as of December 29th, according to the Centers for Disease Control and Prevention (CDC). While it is difficult for the CDC to predict flu severity, Challenger estimates absences due to illness could cost employers over $17 billion in lost productivity this season. To limit this cost, workplaces nationwide must start preparing for the possibility of flu-related absences and take precautions to stymie infections, according to one workplace authority.

“As last year’s highly severe flu affected people across the country, the nation’s employers would be wise to start discussing prevention measures with their workforces. Encourage workers to wash their hands often and stock soap at all shared sinks, remind workers to get their flu shots, and tell sick workers to stay home,” said Andrew Challenger, Vice President of global outplacement and executive coaching firm Challenger, Gray & Christmas, Inc.

Challenger predicts 20 million workers could take four eight-hour days away from work due to the flu. Using the current employment-population ratio of 60.6 percent, and the average hourly wage of $27.48, the cost to employers could hit $17,587,200,000 over the course of the season.