115,762 Job Cuts in August; Highest Number of Cuts Tracked in a Single Year on Record 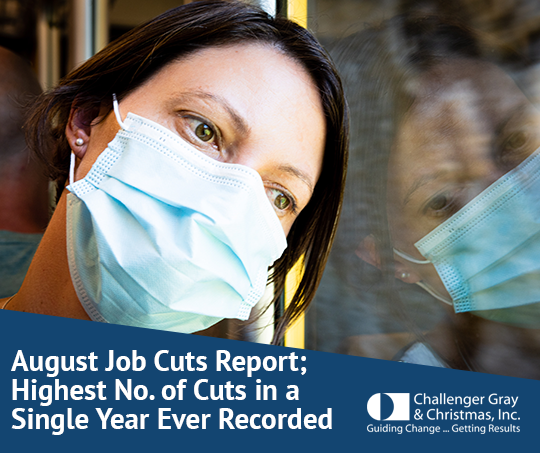 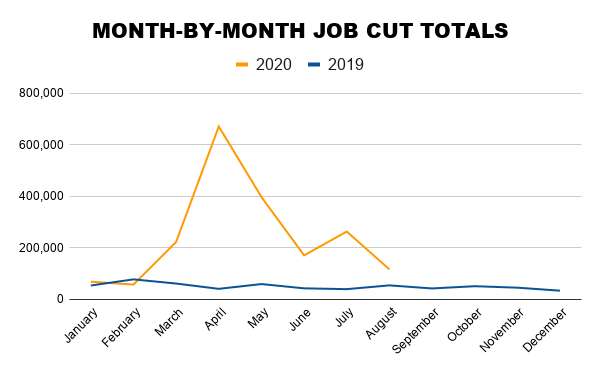 Entertainment/Leisure companies, including bars, restaurants, hotels, and amusement parks, posted the second-highest number in August, with 17,271 job cuts, bringing the year-to-date total in that industry to 799,051, the highest of the 30 industries tracked by Challenger. That is 8,128% higher than the 9,711 cuts reported in January-August 2019. Retail companies posted the second-highest total of job cuts through August at 168,403, 194% higher than the 57,226 cuts through August 2019. 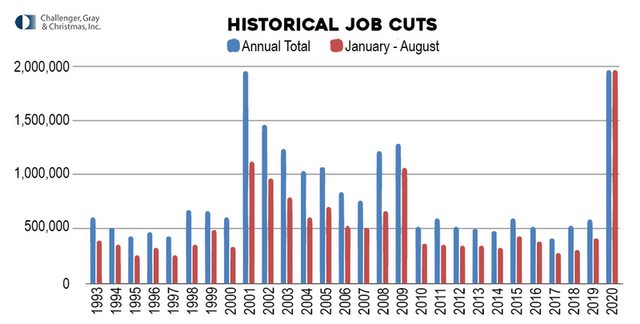 “The employment landscape is dealing with a host of burdens that reach beyond job cuts. COVID-19 and the recession continue to cause volatile conditions in many industries,” said Challenger.

“Both companies and workers are grappling with increasing uncertainty due to stalled economic relief, the approaching election, and child care and education concerns. This is undoubtedly impacting talent management concerns,” said Challenger.

“Many employees hesitate to return to the job force out of fear of exposure to COVID. Parents are trying to determine if they can safely send their children back to school or daycare, or if they need to facilitate remote learning. In some cases, working parents do not have a choice,” he added.

This is the year for the record books as far as job loss: Challenger, Gray https://t.co/06LOudo4DQ via @Yahoo pic.twitter.com/HEMHFTA1nZ