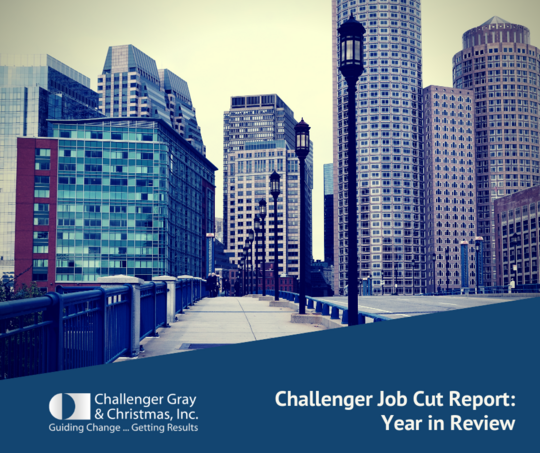 While December was quieter than the previous three months, as employers at U.S.-based companies announced plans to cut 43,884 workers from their payrolls during the month, the year-to-date total is nearly 29 percent higher than last year and the highest total since 2015, according to a report released Thursday by global outplacement and executive coaching firm Challenger, Gray & Christmas, Inc.