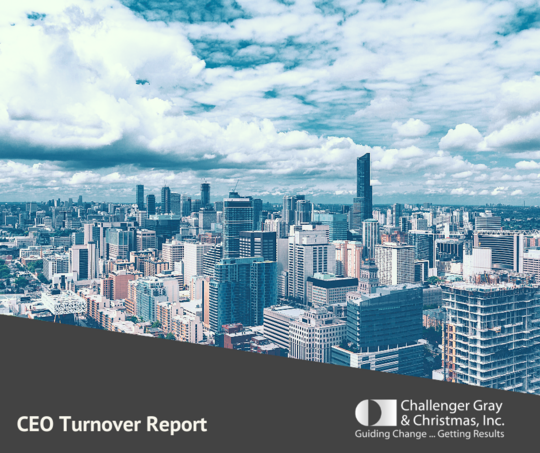 “Meanwhile, concurrently, the strong economy over the last nearly two years has led to a number of new start-ups, which are now turning to more seasoned leaders, adding to high turnover numbers in the CEO spot,” he added.

“We’re also seeing a number of companies in Retail, Finance, Automotive, Health Care, and Manufacturing, among others, that are responding to new technologies by installing leaders whose job is to pivot long-standing businesses to keep up with demand,” said Challenger.

Companies in the Government/Non-Profit sector lead all industries in CEO changes with 29 in January, followed by Health Care/Products companies, including medical device manufacturers, with 17.

Financial and Services firms follow with 13 CEO exits apiece. Pharmaceutical and Technology companies each had ten CEO changes in January.

The majority of CEOs (73) stepped down into other positions within the company, usually as a Chairperson or other member of the C-Suite. Another 41 CEOs retired, while 17 found new positions in other companies. One CEO reportedly left due to scandal, another due to professional misconduct allegations, and one other due to an internal investigation.

California companies reported the highest number of CEO changes with 18, followed by New York and Texas, which each had 11. Missouri and Florida each reported nine CEO changes.