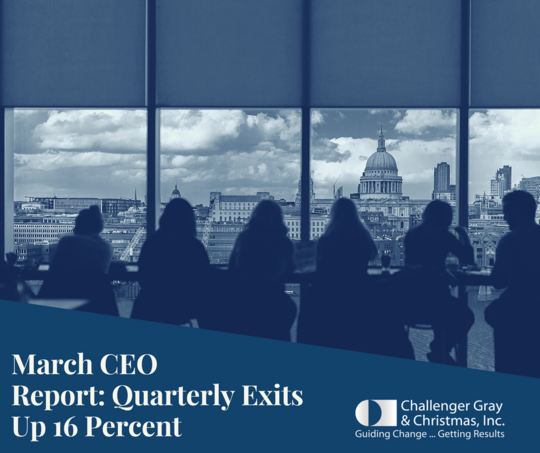 “The growth we’ve been seeing in the last few months does not seem sustainable in the long term. In fact, we only added 103,000 new jobs in March, according to the Bureau of Labor Statistics,” said Andrew Challenger, Vice President of Challenger, Gray & Christmas, Inc.

“As wages grow and unemployment hovers near 4 percent and with the implementation of new tariffs and Wall Street reactions to the same, companies may be preparing for a readjustment in the markets, which may mean new leadership,” added Challenger. 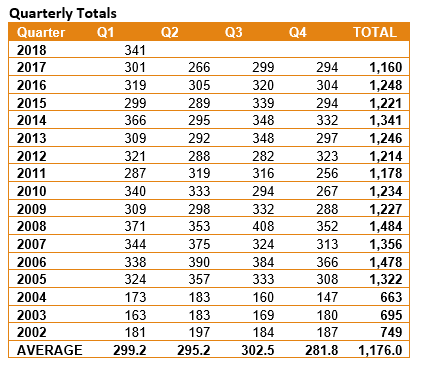 The Government/Non-Profit sector continues to lead all industries in departures, with 64, 19 of which occurred in March. Computer companies announced 40 exits so far this year, with 11 last month. Health Care/Products firms have announced 36 CEO exits in 2018, including ten in March. Financial companies reported 34 through the year.

Most CEOs (104) left their posts due to retirement, while 103 have stepped down into other positions within the company, usually as a Board Member or other C-Level executive. Another 47 resigned their positions. Three CEOs left due to scandal so far this year, while another three were fired from their roles.

California companies saw the highest number of CEO changes this year with 37, six of which occurred in March. Companies in Texas saw nine departures last month, while Illinois reported seven.