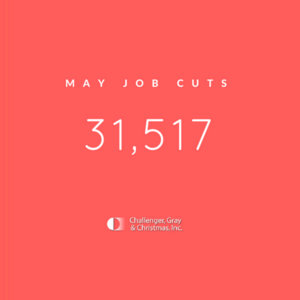 Job cuts announced by U.S.-based employers fell 12.6 percent, from 36,081 in April to 31,517 in May, according to a report released Thursday by global outplacement and executive coaching firm Challenger, Gray & Christmas, Inc.

Last month’s job cuts were down 4.8 percent from the 33,092 announced in the same month last year. That is the lowest monthly total since October 2017, when 29,831 cuts were announced.

“On average, job cuts are at their lowest in May and June. Companies typically make their staffing moves at the beginning of the year or in the fourth quarter,” said John Challenger, Chief Executive Officer of Challenger, Gray & Christmas, Inc. 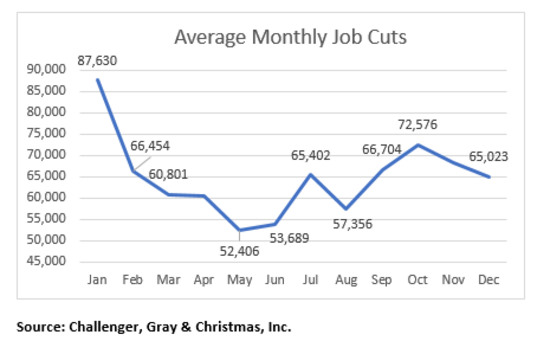 Retail leads all sectors in job cuts this year, with 69,316, 4,946 of which occurred in May. Retailers have announced 24 percent more cuts than through the same period last year, when 55,910 cuts were announced. So far this year, Challenger has tracked 2,565 store closures.

Health Care/Products companies announced the second highest number of job cuts in May, with 4,003, for a total of 21,453 this year. Companies in the Services sector announced 19,363 cuts, with 4,698 in May.