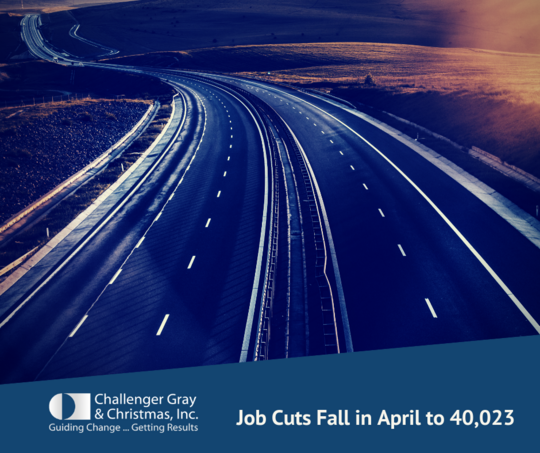 “That said, high job cut numbers in the Manufacturing and Automotive sectors are troubling, as changes in these industries tend to have a trickle-down effect,” he added.

April job cuts were led by manufacturers in the Industrial Goods sector, which announced 5,159 cuts last month. So far this year, this sector has announced 39,304 cuts, the second-highest total after Retail. That is 750% higher than the 4,625 cuts announced in this sector through April 2018.
Consumer Products manufacturers follow with 4,705 announced cuts in April.

“Manufacturing is an important sector to watch in the coming months. While first-quarter GDP growth was strong, we saw consumer spending add only .82%,” said Challenger.

Retailers continue to lead all sectors in job cuts this year with 48,076. That is 25% lower than the 64,370 Retail cuts announced through April last year. According to Challenger tracking, Retailers have announced plans to shutter 4,397 stores so far this year.

“While the lower number of cuts last month is certainly a good sign, and we saw a huge hiring announcement in the Retail sector from McDonald’s last month, we are still seeing more than a 30% increase in cuts over last year. The sectors that are making cuts could indicate trouble ahead,” said Challenger.