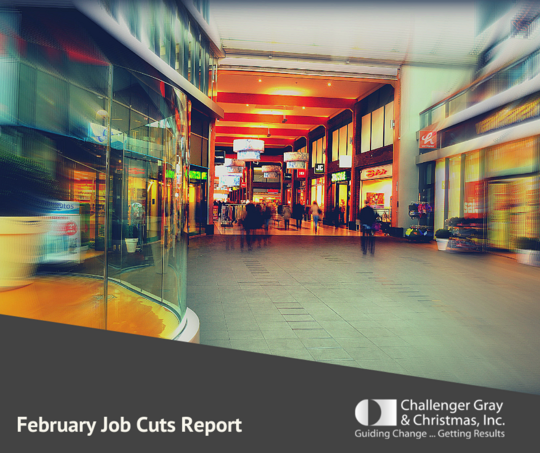 Retail leads all sectors in job cut announcements with 41,201 this year, 92 percent higher than the 21,484 Retail cuts announced through February last year. It is the highest January-February total since 2009, when Retailers announced 72,727 job cuts in the first two months of the year.

February’s retail cuts include the announcement by Payless ShoeSource that 16,000 associates would lose their jobs as the company closes 2,500 stores.

The Automotive sector has announced 7,049 cuts this year, 239 percent higher than the 2,078 cuts announced through this point in 2018.

“The Auto industry is one in which shifting consumer demand and new tech is creating the need to pivot in a different direction. Tech companies like Apple and Tesla are competing for the self-driving market, causing disruptions to traditional manufacturers and suppliers,” said Challenger.

The majority of cuts this year are due to restructuring, as companies cited this reason for 42,882 layoff announcements. Bankruptcy has claimed 38,863 jobs so far this year. Technological updates were directly blamed for 1,022 cuts. Companies relocating operations overseas claimed 683 jobs, while tariffs led to 300 cuts.