2019 Hiring Outlook: 55 Percent of Companies Plan to Hire, Less Concern About the Economy 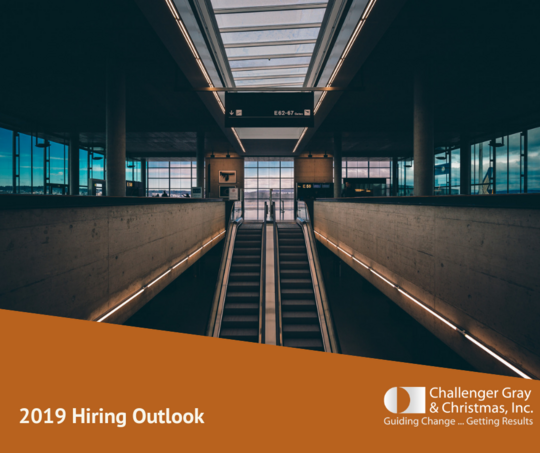 “We are beginning to see an increase in job cut announcements, and CEOs are leaving their posts at the highest rate since 2008. However, for the moment, many companies are increasing hiring plans in light of the strong economy and tight labor market,” said Challenger.

“Some indicators suggest a coming downturn, but at the moment, companies are looking to get staffing levels to a place where they can fully capitalize on the strong economy,” said Challenger.

Challenger offered the following list of Hot Industries for 2019: