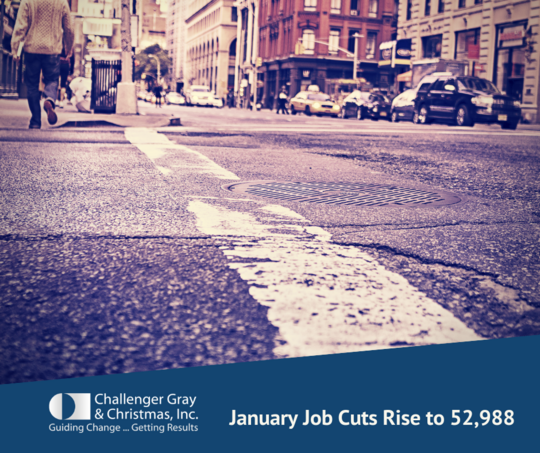 In fact, Retail leads all sectors in job cuts in January with 22,327. That is 45 percent higher than the 15,378 cuts announced in this sector last January. Most are related to Gymboree’s plan to liquidate remaining stores in the U.S. and Canada, costing a reported 10,000 jobs.

Meanwhile, home improvement retailer Lowe’s announced it would hire 50,000 seasonal workers for the spring, as well as 10,000 permanent roles and 6,000 managers.

“Retail is going through a transformation that may cost many jobs, but is also creating many jobs. The new retail position is much more than giving change and stocking shelves. Retail workers must be tech-savvy,” said Challenger.

Financial firms announced the second-highest number of planned cuts with 4,230, followed by the Automotive sector, which announced 3,949, and Entertainment/Leisure companies that announced 3,533 planned cuts.