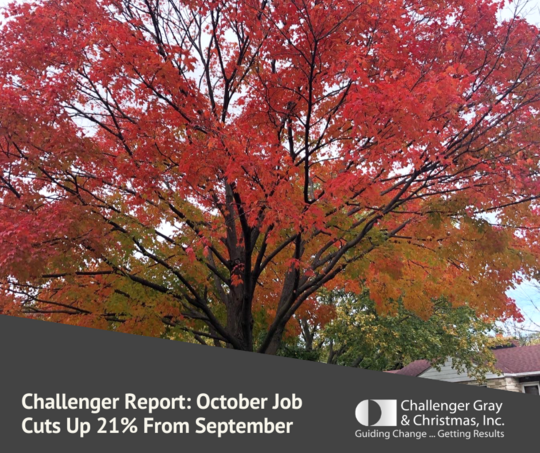 October cuts were led by the Technology sector, which announced 15,898 cuts last month, mostly from Hewlett-Packard’s announcement that the company would cut up to 9,000 jobs by 2022. So far this year, Technology companies have announced plans to cut 56,155 jobs from their payrolls, the third-highest total for any industry through October.

“We saw many steel companies announce cuts last month, attributed to a number of reasons, including tariffs on steel, declining demand, and market conditions,” said Challenger.

Of the 3,826 announced cuts companies attributed to the tariffs this year, 1,571 were specifically due to steel tariffs. (See Table 4).

Automotive companies have announced 43,025 job cuts this year, 197% higher than the 14,489 announced through the same point last year. It is the highest total in the first ten months of the year since 2009, when 164,440 cuts were recorded.

Meanwhile, hiring plans by U.S.-based employers are at a record high. Through October, companies have announced 1,162,375 hiring plans, 431,781 of which are for the holiday season (Table 8).