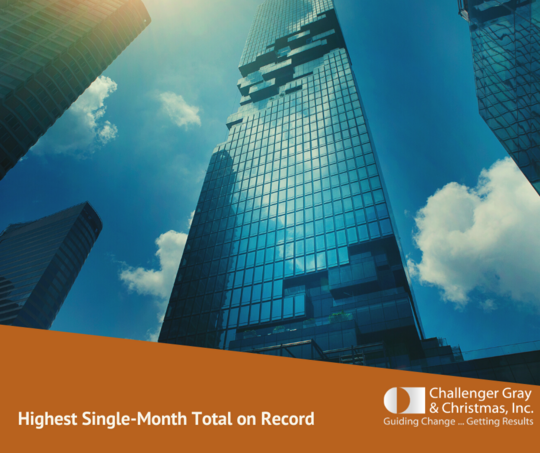 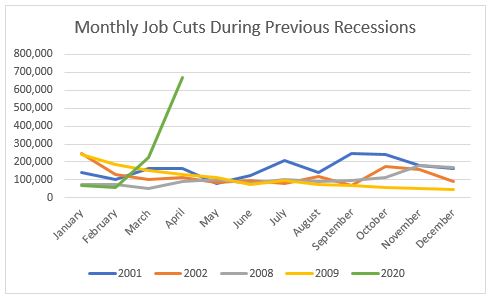 “No doubt employers have every intention of bringing back workers once the immediate crisis passes, but the indefinite nature of this pandemic coupled with the fact that we’re seeing recession- or even depression-level economic data means the vast majority of these jobs will not return any time soon,” said Andrew Challenger, Senior Vice President of Challenger, Gray & Christmas, Inc.

Prior to the last two months, individual job cut events in a given month averaged 252. In April, Challenger tracked nearly 2,600 job cut events after 1,070 in March. 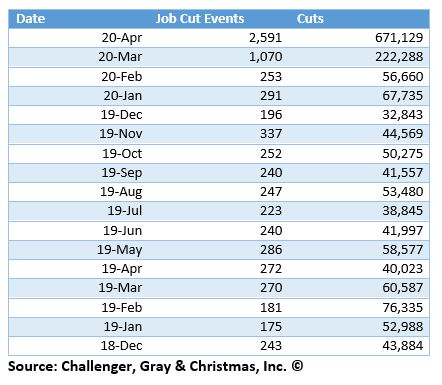 The vast majority of cuts came from companies in the Entertainment/Leisure sector, which includes bars, restaurants, hotels, and amusement parks. So far this year, these companies have announced 415,206 cuts, 5,783% higher than the 7,058 announced in the first four months of 2019; 400,985 of these cuts were due to COVID-19.

The Services sector, which includes companies that provide catering, linen, marketing, and administrative services, announced 73,137 cuts in 2020, 811% higher than the 8,032 cuts announced through the same period in 2019.

The Automotive sector, including makers, suppliers, and dealers, which prior to the pandemic was seeing fallout from a trade war, shifting consumer behavior, and automation, has cut 56,292 jobs in 2020, up 184% from the 19,802 cuts announced through April last year.

The COVID-19 pandemic is not the only cause for job cuts, although it is the reason for the vast majority. The ongoing downturn in oil was cited for 10,041 cuts in April and a total of 11,310 for the year. Company and plant closings have claimed 60,959 jobs this year. Restructuring was blamed for another 46,751 cuts, and market conditions claimed another 19,672.