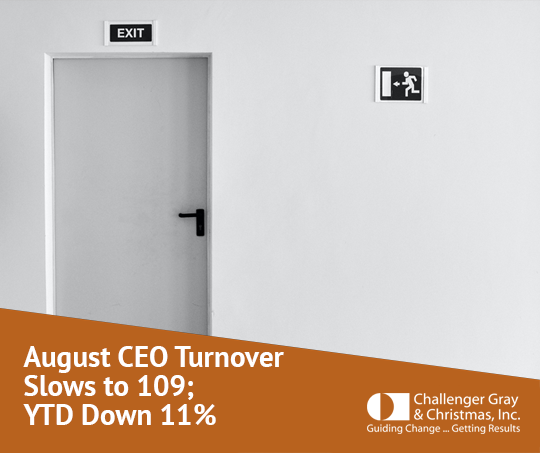 The Health Care/Products sector reported the second-highest number of CEO replacements in August with 14, a 22% decrease from July’s 18, but a 75% increase over the eight reported one year earlier in August.

So far this year, Technology has announced the second-highest number of CEO changes with 102, down 24% from the 134 announced year to date in 2019.

While CEO turnover is down this year over last year, 15 sectors tracked by Challenger are seeing more CEO changes than in 2019. This includes the Automotive industry, which announced 11 CEO exits through August, compared to eight during the same period last year. Last month, Jim Hackett announced he would retire from Ford Motor Co. amid an $11 billion restructuring. COO Jim Farley will replace him. 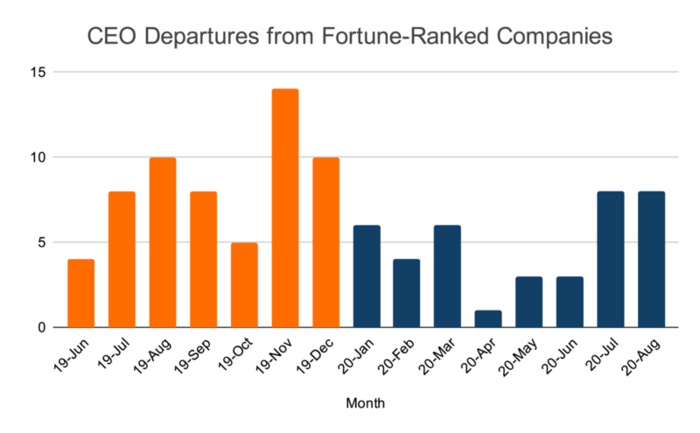 Of those who gave a reason for leaving their position in August, the majority of CEOs (35) stepped down, followed by 23 who retired, and 13 who reported their interim period had ended.

More outsiders are replacing insider CEOs. According to Challenger tracking, 56% of replacement CEOs are external, on par with the annual rate in 2019. Last year saw the first year external replacements outpaced internal ones since 2013. 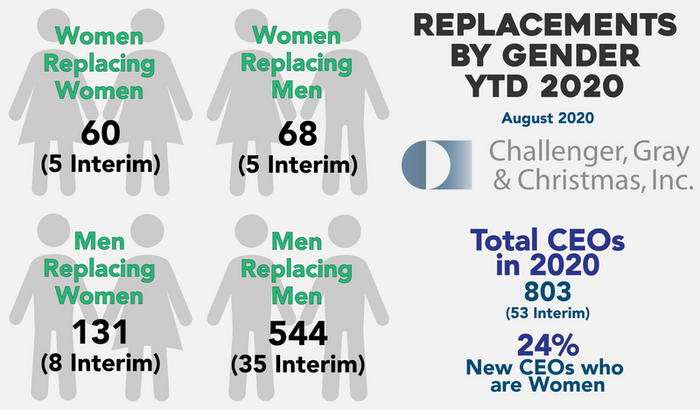