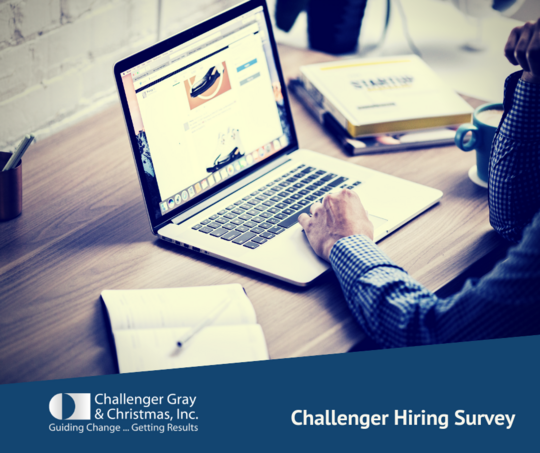 As the second half of the year begins, over 82% of employers report they are actively hiring for open positions. However, 80% of those employers are having trouble finding candidates, with 70% reporting a skills shortage, according to a survey released Tuesday by global outplacement and executive and business coaching firm Challenger, Gray & Christmas, Inc.

The survey was conducted over three weeks in May and June among 150 human resources professionals at companies of various sizes and industries nationwide.

“This presents a difficult situation for hiring managers who need to fill positions. It’s far more costly to hire someone who does not have the requisite skills and who will potentially only last a short time than to wait for the right person to come along,” said Challenger.

“Onboarding someone who does not have the necessary skills to operate in the position sets that person up for failure. The untallied costs include the cost to productivity and the hit to morale, not only to the person who is not up to the task, but also that person’s colleagues, who now may have to work harder,” said Challenger.

The Challenger Survey found 83% of companies are hiring mid-level professionals, including supervisors and managers. Another 74% are hiring entry-level workers, while 61% are hiring for the director level to the C-Suite.

“This is good news for recent college graduates or those who are just starting out in their careers. It’s also a boon to workers who have experience, but may feel stuck at their current companies,” said Challenger.

According to the Job Openings and Labor Turnover Survey (JOLTS), hiring edged up to 5.9 million in April, the most recent month for data, from 5.7 million in March. Meanwhile, the quits rate, which measures workers who voluntarily leave their positions, was 2.3% in April, up from 2.2% in the same month last year.

“The high number of companies who are hiring HR professionals are likely responding to the increased need to manage talent in light of meaningful developments, such as #MeToo, as well as various state and federal regulations on what constitutes an employee, which benefits companies must offer, and what companies need to do to comply,” said Challenger.

“This together with the need for companies to actually find qualified talent means HR professionals are in high demand,” he added.

The majority of companies (71%) use an internal hiring function and employee referrals to find talent. The next most-used mechanism to find talent is LinkedIn, with 65% of companies reporting they use this site to find candidates, followed by Indeed with 56%.

“While an increasing number of companies use online tools to find candidates, it remains true that the single best way to land a new position is through in-person connections. Companies continue to use referrals and internal networking to find talent,” said Challenger.

“The importance of having a robust LinkedIn profile cannot be understated. Professionals need to make sure they not only create a presence on that site, but build their networks, include key words relevant to their industries, post industry- or role-specific content to help build their brands, and regularly interact with contacts to be seen by recruiters,” he added. 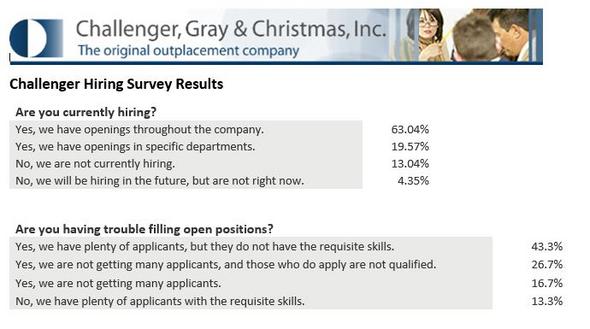 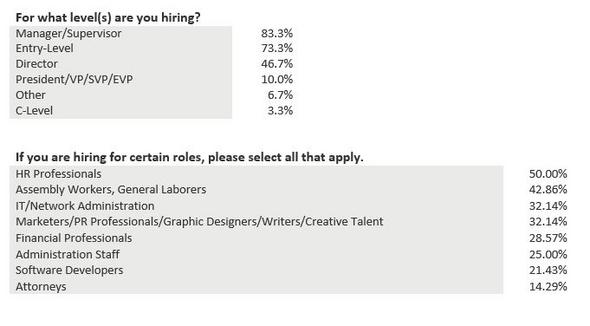