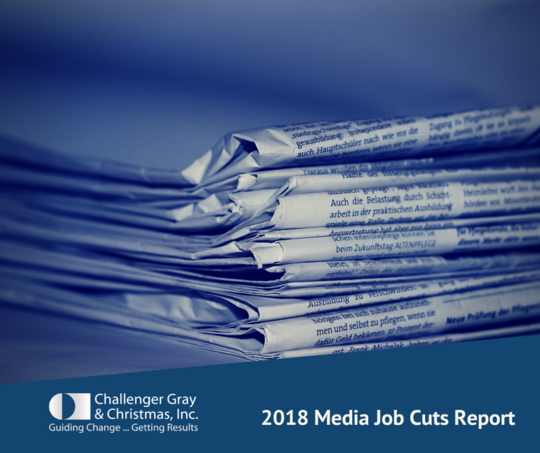 “Members of the media, especially journalists, have had a tough few years. Many jobs were already in jeopardy due to a business model that tried to meet consumer demand for free news with ad revenue. As media outlets attempted to put news behind pay walls, in many markets, consumers opted not to pay,” said Andrew Challenger, Vice President of Challenger, Gray & Christmas, Inc.

“The result is a loss of great journalists, leading to more work for the few that remain,” he added.
This year is off to a rough start for media organizations as well. In January, 1,279 media sector job cuts were announced, up 49.6 percent from the 855 announced cuts in the same month last year.

In BuzzFeed’s case, CEO Jonah Peretti cited the need to build a firm foundation for the company and make it sustainable for the future. In response, on Tuesday, February 12th, journalists at BuzzFeed announced their intention to unionize with the NewsGuild of New York.

Tech giants are certainly part of the problem, especially in terms of advertising revenue. According to Bloomberg, Facebook and Google combined make up approximately 58 percent of the digital advertising market, and Amazon is looking to improve on its 4.2 percent share. This leaves less than half the market open for the large number of media companies that rely on ad revenue to survive.

These media companies are also at a large disadvantage when it comes to tailoring ads to customers. Facebook is known for its incredibly customized ads because of its ability to collect years of user data, which allows ads to target specific and niche interests. Google is also able to utilize search data to promote ads that will appeal to specific customer segments. These methods allow both companies to gain higher impression and click-through rates, which lead to higher revenue.

Other media outlets often struggle with ad-blocking extensions. Adding extensions on browsers to block ads is common and it allows consumers to view content while avoiding the ads that make media companies money. These ad blockers often do not work on Facebook or Google, especially on each company’s apps, which allows them to make money while other web pages struggle to circumvent this technology.

“This has several potential implications for the future of the media sector. Job cuts and consolidations are likely to continue until these companies are able to find ways to create growth in revenue streams. Meanwhile, more news organizations may move to a subscription-based revenue model. The trick there is convincing consumers of the importance and value of real, unbiased, and uninfluenced news,” said Challenger.

“Another possibility for media companies is to monetize users’ personal data, as Facebook and Google have. There are obvious ethical implications and potential legal issues, however, especially as privacy laws begin to pass in various jurisdictions across the country. Ultimately, the quality of the country’s news will start to decline if we as users refuse to pay for it,” he added.