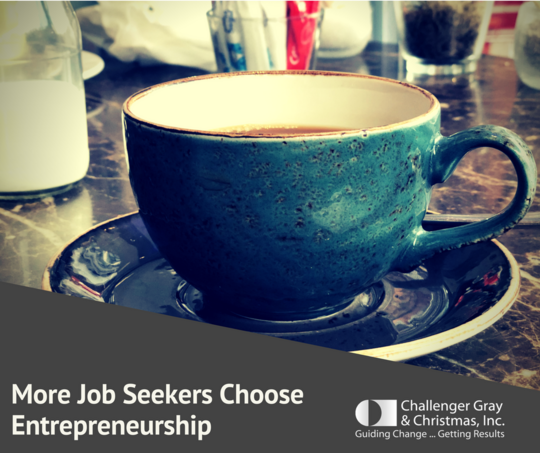 Perhaps seizing on a tax bill favorable to business, as well as a stable economy and tight labor market, job seekers chose to start new businesses in the first quarter of the year at the highest rate since the fourth quarter of 2013, according to a report from global outplacement and executive coaching firm Challenger, Gray & Christmas, Inc.

The results come from a quarterly survey of over 3,000 job seekers nationwide.

The first quarter start-up rate was significantly higher than the same period in 2017, when just 4.4 percent of job seekers opted for entrepreneurship. The start-up rate remained low through the first half of 2017, hovering near 4 percent before ticking up to 6.7 percent in the third quarter.
The annual start-up rate in 2017 was 5.1 percent, down from 6.1 percent in 2016.

“We tend to see an increase in start-up activity when confidence is high. The current job market is such that a failed venture does not necessarily spell total joblessness for the entrepreneur, as companies are scrambling for talent,” said Andrew Challenger, Vice President of Challenger, Gray & Christmas, Inc.

Would-be entrepreneurs also find themselves in a period of high approvals for small business loans.
According to the Small Business Administration, as of the week ending April 13, 2018, lenders have approved $8,023,745,900 in loans to new businesses, 77 percent more than the $4,534,996,900 lent through the same period last year. Money for new businesses has remained below $5,000,000,000 for this time period for the last five years.

“Access to loans certainly plays a part in deciding whether to start a new business, and lenders have been consistently making cash available to entrepreneurs in recent months,” said Challenger.

In fact, according to the Biz2Credit Small Business Lending Index, which analyzed feedback from 1,000 entrepreneurs, approval rates for small business loans from institutional lenders reached 64.5 percent in March of this year, up from 63.7 in April 2017, while the approval rate for big banks reached 25.5 percent.

Start-ups seem particularly enticing for job seekers who are further along in their careers. According to Challenger, of the new businesses started in the first quarter, over 88 percent were founded by workers over the age of 40.

“Older job seekers draw on the breadth of their experience, institutional knowledge, and networks to embark on new ventures. For those who may want to start winding down their careers, contract or consulting work allows for greater freedom in selecting projects and setting work schedules,” said Challenger.

Percentage of Job Seekers Starting Their Own Business 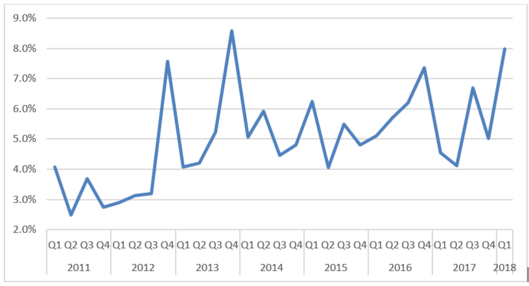 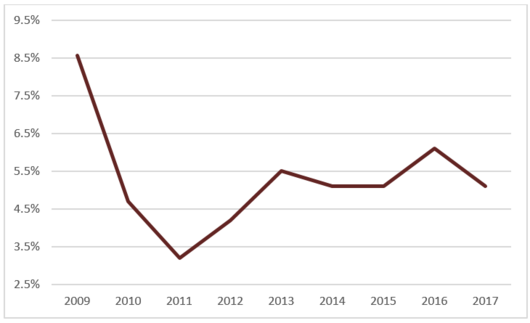