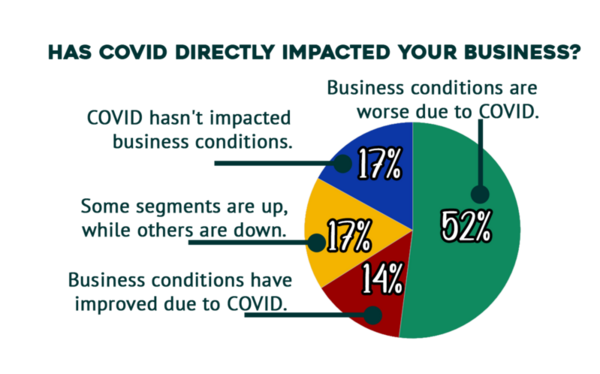 Challenger conducted the survey in October among 189 companies of varying sizes and industries nationwide.

“Uncertainty is driving most business decisions, especially as state and local government officials advise more stringent measures to control the spread of COVID-19. No one is quite sure what this will mean for consumer and business spending in the next few months,” said Challenger.

“The good news on both the Pfizer and Moderna vaccines is propelling more positive predictions from businesses nationwide, but the questions surrounding deployment and availability still cloud the forecast,” he added.

Over a quarter of businesses report uncertainty is making it difficult to predict hiring needs in 2021, while over 31% say hiring will be slow or flat in 2021. Another 7% predict decreased hiring in 2021 and 6% report a skills shortage.

“While the pandemic complicates the job search, job seekers should set up video meetings or phone calls to connect with their existing contacts or reach new people in the field in which they are interested. Networking is the number one way to find a new position, especially when uncertainty makes an already hidden job market even more hidden,” he added.