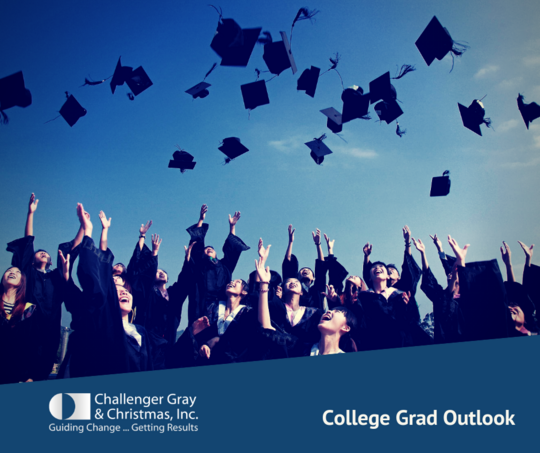 For the more than 3,000,000 students estimated to graduate with a degree this year, according to the National Center for Education Statistics, many will find themselves with offers to work right out of college.

Employers plan to hire nearly 17% more college graduates from the Class of 2019 than they did the previous graduating class, according to the National Association of Colleges and Employers’ (NACE) Job Outlook 2019 report. That is the highest rate since 2007, when employers planned to hire 17.4% more college graduates. The survey also found only 4% of companies plan to decrease hiring, down from the nearly 10% who reported fewer hires from the Class of 2018.

Another positive for the Class of 2019 is the low unemployment rate. The nation is currently experiencing 3.8% unemployment, and that percentage falls even further for those with a bachelor’s degree to 2.2%, according to the Bureau of Labor Statistics (BLS). Meanwhile, the Job Openings and Labor Turnover Survey found that there are more open positions than job seekers.

“Bachelor’s and master’s degree-holders of the Class of 2019 are entering a hot job market. Those with specialized skill sets, especially in math and statistics, engineering, and software development, will find themselves in high demand,” said Andrew Challenger, Vice President of Challenger, Gray & Christmas, Inc.

Indeed, the outlook for roles in Mathematics and Statistics is optimistic. The (BLS) projects Mathematics and Statistics employment to rise by 33% from 2016, much faster than average, with the largest share of these opportunities in California, Virginia, New Jersey, Maryland, and Texas. Meanwhile, the NACE wage study found starting wages in these roles rose nearly 23% in 2018, from $53,259 to $65,349.

Graduates in the Health Sciences also have a strong outlook, as well. For those with master’s degrees, Nurse Anesthetists, Nurse Practitioners, and Physician Assistants are projected to be some of the highest-paid occupations, making between a median salary of $103,000 and $165,000 per year, with 27,800 openings each year, according to the BLS.

However, while certain professions are in hot demand with low supply, some graduates’ starting salaries may not live up to expectations.

“While several indicators suggest a growing economy, wages are only moderately increasing year over year. In fact, actual wages in March fell 0.3% from February,” said Challenger.

Moreover, many of these young adults will enter the workforce with their new degrees and an average of nearly $30,000 in student loan debt, according to a study by The Institute for College Access and Success.

“The good news for college graduates, who are often debt-laden to the tune of tens of thousands, is that the tight labor market means employers need to attract talent, and that usually includes a competitive, if not generous, starting salary offer. That said, college graduates should temper their expectations,” said Challenger.

College graduates with internship experience will likely find themselves with a full-time offer. According to a 2017 NACE survey, 61% of graduating seniors in 2017 had at least one internship experience during their college career, and more of these internships were paid than ever before. NACE found that 45.6% of companies converted their interns into full-time hires, and several companies who reported they were going to increase hiring from the Class of 2019 said they were going to hire their interns full time.

“While college grads have a lot of reasons to be optimistic this year, they also need to check their expectations against reality before they graduate. While the job market is currently strong, some indicators suggest it may contract as we head into 2020, as we see rising layoffs and uncertainty on Wall Street,” said Challenger.

“Graduates should also keep in mind that the job search can take a long time - in many cases, over a month - so they should start reaching out to potential companies and take advantage of any resources provided by their schools,” he added.