2020 Hiring Outlook: Over Half of Companies Plan to Hire in 2020, More Report Economic Softness 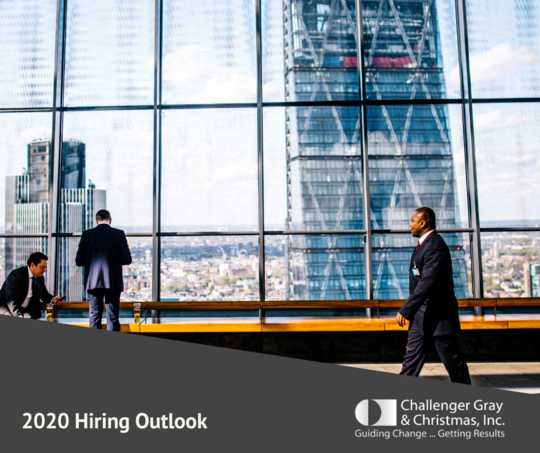 “The fact that half of companies are hiring this year is a positive for job seekers and indicates companies are continuing to enjoy a solid economy. That said, we are seeing some indicators, such as slow-growing wages, an increase in job cuts, and an exodus of CEOs, that may portend rough waters ahead,” said Andrew Challenger, Vice President of Challenger, Gray & Christmas, Inc.

“Despite low unemployment and continuing economic expansion, most companies appear to foresee a coming slowdown in 2020,” said Challenger.

“Currently, the economy is humming along. Typically, labor is a lagging indicator, meaning companies will continue hiring workers right up to the edge of a recession. It remains to be seen if we will indeed see a downturn in 2020,” said Challenger.