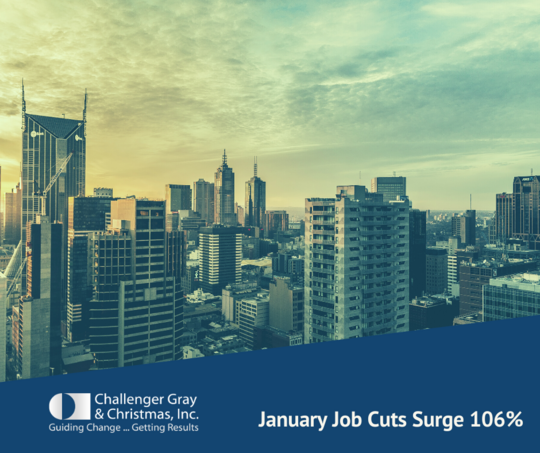 Job cuts announced by U.S.-based employers jumped 106%, from December’s total of 32,843 to 67,735, the highest monthly total since February 2019, according to a report released Thursday from global outplacement and business and executive coaching firm Challenger, Gray & Christmas, Inc.

“Tech is not the only industry embarking on this kind of restructuring. Companies across all industries are reexamining their hierarchies, particularly in Automotive and Retail, where innovations in technology are changing the landscape,” he added.

In fact, Retail announced the second-highest number of cuts, with 10,444, many due to bankruptcies. Of the 3,852 bankruptcy cuts last month, 2,631 were in Retail. Another 6,924 cuts in the sector were due to store closings. 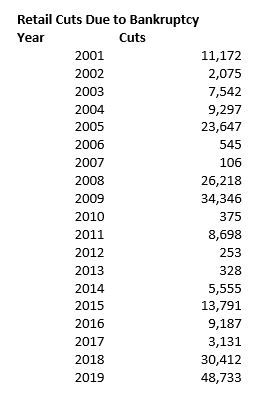 Industrial Goods Manufacturers continue to shed workers, announcing 6,098 cuts in January, 1,740 of which cited the causes as market conditions and financial losses. Companies in this sector announced 70,894 cuts last year.

“Industrial Manufacturing continues to be in recession. This industry has been hit hard by slowing orders, lower corporate investments, and trade concerns over the last 12 months,” said Challenger.
The Automotive sector has felt the impact of trade concerns, technological innovations, and cutting bureaucracy as well. Automotive companies announced 5,437 cuts in January, after cutting 50,776 in all of 2019.