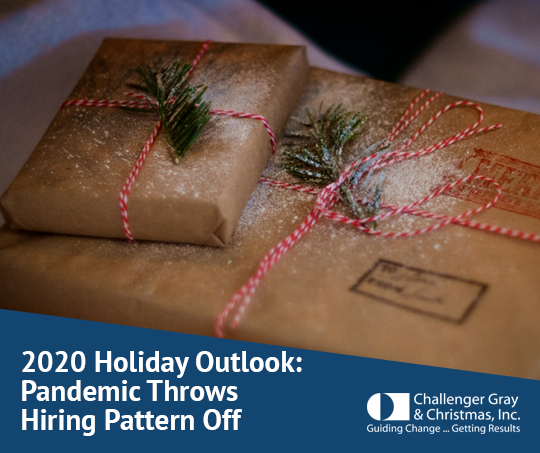 Retailers added 702,000 jobs for the holiday season in 2019, a 12.21% increase over the 625,600 hires for the 2018 holiday season, according to an analysis of non-seasonally adjusted data from the Bureau of Labor Statistics (BLS) by global outplacement and executive and business coaching firm Challenger, Gray & Christmas, Inc.

Meanwhile, last holiday season, Retailers, Transportation, and Warehousing companies announced they were hiring 789,781 seasonal positions, 10.61% more than the 714,000 announced in 2018, according to Challenger tracking.

“Consumers are spending more online than they did in 2019. To accommodate the increase, online Retailers as well as Transportation and Warehousing companies have been doing a lot of hiring during the pandemic. Shopping online will continue for the holidays, but it is not yet clear if all companies need even more workers to accommodate the holiday sales. Retailers are struggling to figure out how many hires will be made,” said Challenger.

Retailer JCPenney announced it is adding only 1,700 holiday jobs for this year, compared with 37,000 in 2019. The company, which filed for Chapter 11 bankruptcy protection in May, announced last week an agreement to sell its retail business to the mall operators Simon Property Group and Brookfield Property Partners.

According to non-seasonally adjusted figures from the BLS, companies in Transportation and Warehousing added 295,000 jobs in the final quarter of 2019. That is up 13.68% from the 259,500 jobs added during the same period in 2018.

“This holiday season will likely look different by location and region, due to the differing regulations regarding the virus. While the holidays are usually a time when Retailers are desperate to attract crowds to their stores, one constant with COVID-19 precautions is that most stores are now concentrating on how to provide a safe shopping experience,” said Challenger.

“While retailers may not know exactly how many workers to hire during this period to keep up with demand, they will likely need to create positions and tasks that are unprecedented, such as temperature takers, mask enforcers, and curb-side workers,” he added.

Looking for extra work during the holidays? You may have better luck delivering gifts bought online than helping customers shopping in stores. https://t.co/lGDq26DHa5