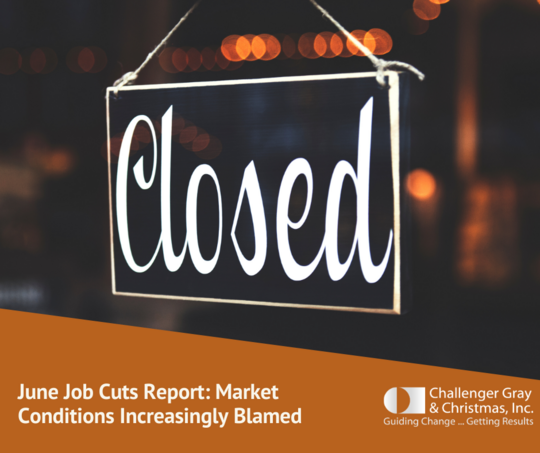 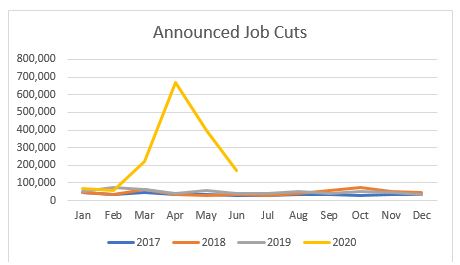 “It’s no surprise companies engaged in Pharmaceuticals manufacturing and sales and Chemicals are recession proof right now. These industries are actively developing treatments so desperately needed to get the economy back on track,” said Challenger.

The Services sector, which includes companies that provide catering, linen, marketing, and administrative services, announced 114,442 cuts so far in 2020, 842% higher than the 12,148 cuts announced through the same period in 2019.

So far this year, 1,836,115 hiring plans have been announced; 75,454 were announced in June, the majority in Health Care/Products, followed by Government, Aerospace/Defense, and Technology. 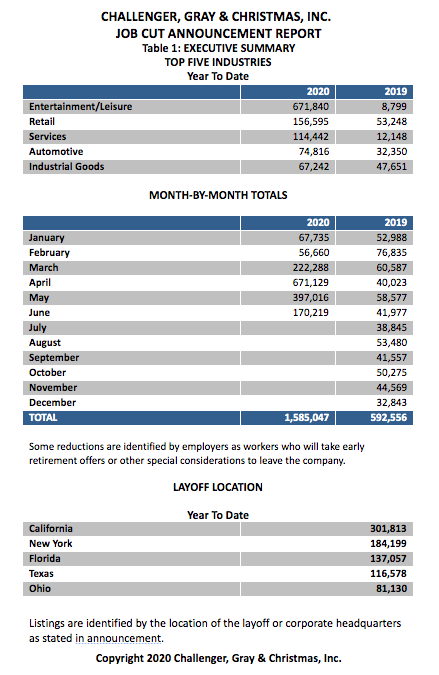 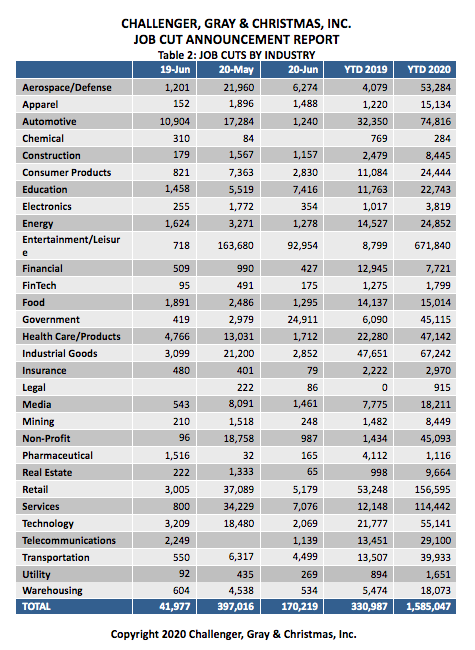 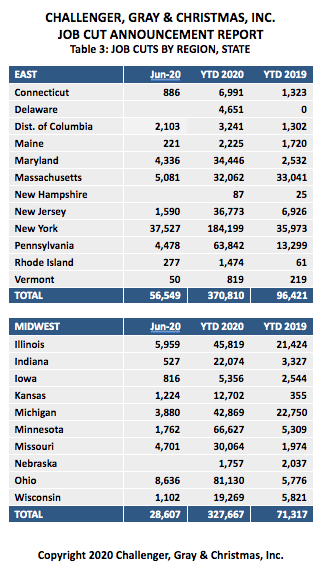 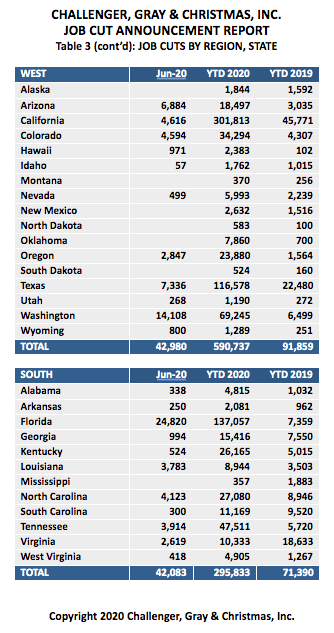 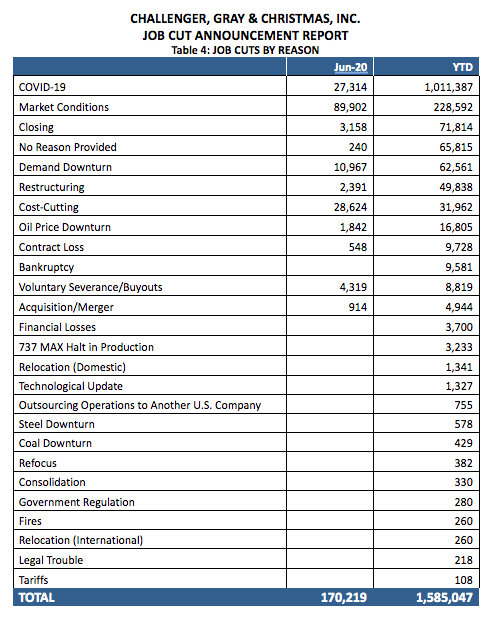 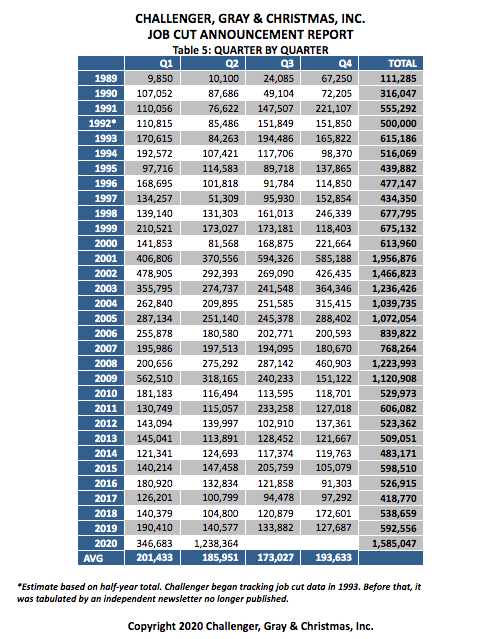 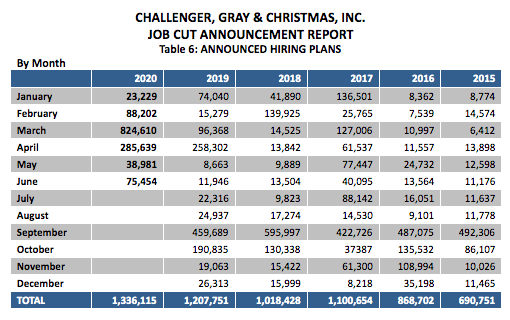 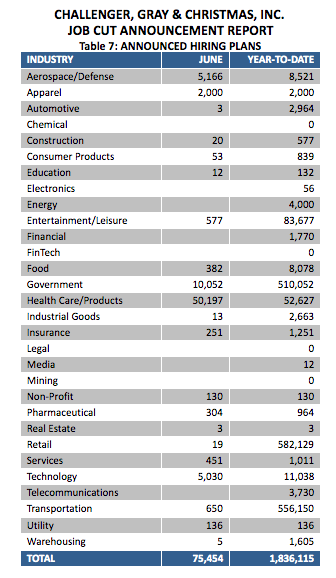