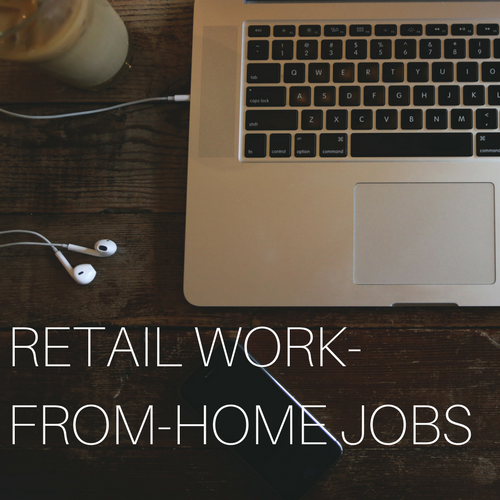 When most job seekers consider seasonal retail jobs, they think of late nights, controlling crowds, Black Friday, and wrapping gifts for last-minute holiday shoppers, but a few large retailers are looking for workers willing to stay home this season.

JCPenney, Williams-Sonoma, and Amazon have all posted listings for work-from-home seasonal retail jobs this year, and, if it proves to be successful, many more retailers could follow suit.

“Most of these jobs will be answering customer questions and concerns through phone, email, or web-based chat services. These types of positions are great for older job seekers or those who may have a difficult time getting to an office or being on their feet,” said Andrew Challenger, Vice President of global outplacement firm Challenger, Gray & Christmas, Inc.

For the Williams-Sonoma jobs, employees will attend paid virtual training before starting work. The Home Shopping Network is also hiring for similar positions, although these will only be in Florida and Tennessee.

The rise of these at-home retail jobs is due in part to low in-store sales figures compared to the rise of e-commerce transactions. According to the U.S. Department of Commerce, in-store sales fell 7.2 percent in December 2016, marking 23 consecutive months of declining sales.

Meanwhile, non-store retailers – catalogues and online – experienced a 10.4 percent gain during the same period. Seasonally adjusted e-commerce sales made up 8.2 percent of all sales in the fourth quarter of last year, compared to 1999, when they accounted for just 0.6 percent, according to Bloomberg. In the second quarter of 2017, non-seasonally adjusted e-commerce sales accounted for 8.9 percent of all sales.

Jobs in non-store retailers are on the rise as well. Since September 2016, the industry, which includes online shopping, increased employment 3.7 percent. According to a December report from the Bureau of Labor Statistics, jobs in electronic shopping and auctions rose over 400 percent since October 1990.

Combine this with the telecommuting trend. According to the 2017 State of Telecommuting in the U.S. Employee Workforce report by FlexJobs and Global Workplace Analytics, 3.9 million U.S. employees, or 2.9 percent of the total workforce, work from home at least half the time – meaning there has been a 115 percent increase in telecommuting from 2005 to 2015. The Bureau of Labor Statistics also found that 22 percent of workers did some or all of their work at home, compared to 19 percent in 2003.

These work-from-home retail jobs could provide good opportunities, particularly for older workers. According to the FlexJobs and Global Workplace Analytics survey, the average telecommuter is 46 years of age or older, with 50 percent of telecommuters being 45 or older.

“With the unemployment rate hovering near 4.2 percent, employers are going to need to offer more perks to attract talent, and telecommuting is a huge draw for workers,” said Challenger.

“While there is a lot of worry that the increase in e-commerce is going to hurt the amount of jobs available in the retail space, these selling channels bring new opportunities as the industry pivots. It’s a positive indicator that retailers are not just cutting in-store workers, but are also adding these remote customer service associates,” added Challenger.