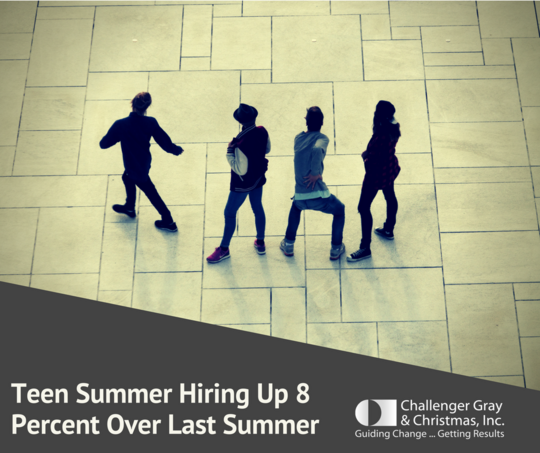 Teen hiring in July rose 62 percent from the 190,000 jobs added in the same month last year, as 307,000 workers aged 16 to 19 found employment, according to analysis of non-seasonally adjusted data from the Bureau of Labor Statistics by global outplacement and executive coaching firm Challenger, Gray & Christmas, Inc.

“Some retailers announced they were beginning to hire for the holiday season early, a boon to teen workers who want employment,” said Andrew Challenger, Vice President of Challenger, Gray & Christmas, Inc.

“While the participation rate among teenagers has averaged under 40 percent per year since the recession years, teens can certainly benefit from the tight labor market, especially as employers struggle to fill positions,” he added. 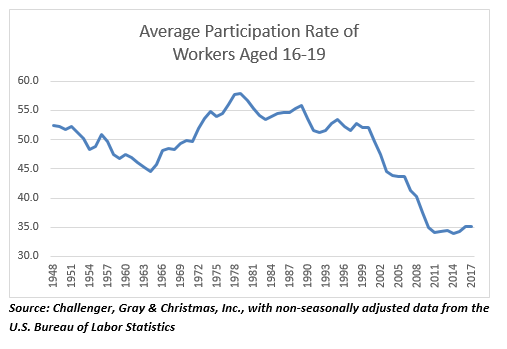 “Teens are opting out of the job market, as other avenues for development, like volunteering, summer school, hobbies, or travel, take priority,” said Challenger. 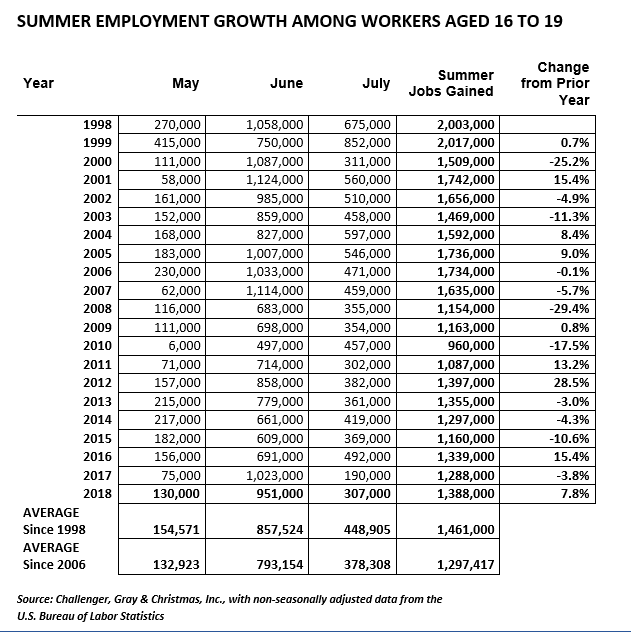